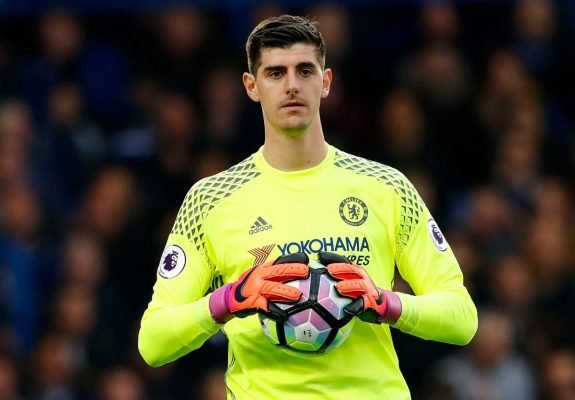 The Blue shot-stopper has been linked with a move away to Real Madrid in recent months and many have been wondering if he is going to move away this summer or stay.

Courtois has now confirmed he will sign a new contract at the Bridge, but only if he’s given a proper pay-rise following his top season for the Blues.

The Belgium international won the Golden Glove award this season as has kept more clean-sheets than any other goalie in the Premier League this campaign, helping the Blues to Premier League glory and all the way to the FA Cup final.

While it’s not know exactly how much Chelsea could offer, sources say its around £150,000-a-week, which would put him as one of the highest paid players at the club.

After Chelsea’s 2-1 loss to the Gunner’s in Saturday’s FA Cup final, Courtois said he’s happy to stay at the Bridge and happy to sign a new deal should Chelsea offer him one.

“Contract talks haven’t opened but I am happy at Chelsea, he said to SkySports

I hope they reward me with a good contract then there will be no doubt I will sign it.”