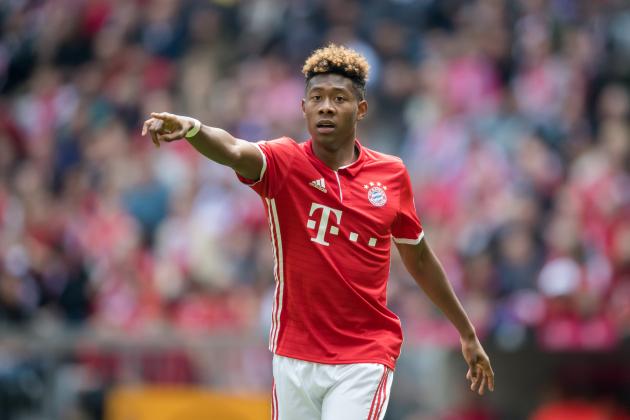 The Austria international has been one of the most consistent performers in Europe in recent years, since bursting onto the scene as a teenager at Bayern.

Alaba has constantly been linked with Premier League clubs in the past couple of seasons, with the latest reports suggesting the Blues are keen to sign him in the summer transfer window as Conte is desperate to bring in a left-sided player.

Chelsea are expected to have an action packed summer in terms of transfers, with the West London club preparing an offer for Alexis Sanchez from rivals Arsenal, but Conte has made it known that he would like to strengthen a number of areas of his squad.

Despite the solid displays from Marcos Alonso, who joined from Serie A outfit Fiorentina last summer, the Italian gaffer wants to sign Alaba for the wing-back position.

Juventus ace Alex Sandro has also been considered as an ideal candidate for the role, while Southampton centre-half Virgil van Dijk has been linked to bolster options in central defence, according to The Guardian.

Alaba would be an ambitious signing, with the 24-year-old playing over 250 games for the German giants while winning five Bundesliga titles and the Champions League in the process.