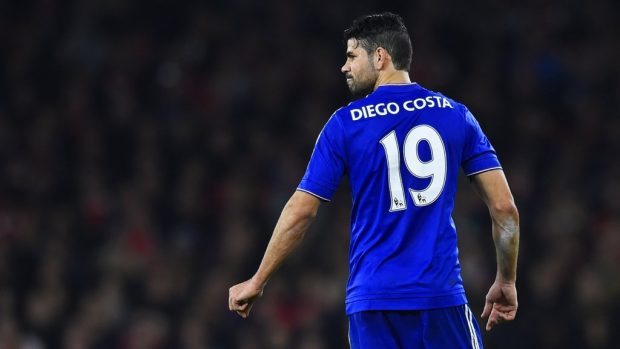 Diego Costa could be set to stay at Chelsea, with the club ready to tie him down to a new deal with them.

There have been fears in recent weeks that the striker would be on his way out of the club in the summer, with several Chinese Super League sides all ready to pay extortionate amounts of money for his signature.

He came close to agreeing a big money move to the country back in January, with the forward refusing to train because of a potential move away from Stamford Bridge.

However, he remained in England for the time being, with reports claiming that he would instead leave once the season has come to an end.

But, reports from The Sun today have claimed that he could in fact pen a new deal with Chelsea and stay at the club.

The Blues are ready to make Costa their highest paid player in a bid to keep him in the Premier League, as this new deal that is on the table is believed to be worth £220,000 a week.

It would make him the top-paid player at Stamford Bridge and would surely convince him to abandon any potential move to China.

In addition, there are reportedly several bonuses in place that could take his wage to even higher amounts.

Costa has been on fire in the Premier League this season, bagging himself 15 goals in 26 games for Antonio Conte’s side this campaign in all competitions.

The club don’t want to lose him and although he hasn’t put pen-to-paper on this new deal yet but Chelsea will be confident that it will be enough to keep the 28-year old at the club.