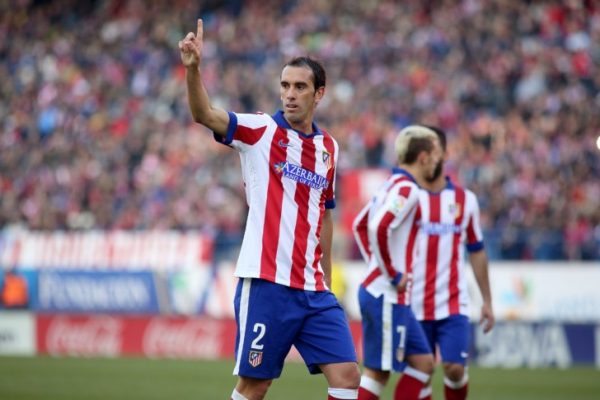 Chelsea are plotting a summer move for Atletico Madrid centre-back Diego Godin should John Terry officially leave the club, according to reports.

The club captain announced moments after the MK Dons game that he won’t be getting offered a new contract at Stamford Bride, resulting in him leaving the club for free at the end of the season.

Terry has been open about his future and admitted he wanted to stay past this season, but the board are not prepared to offer him another 12-months, leaving him to become a free agent.

With Terry leaving and now Kurt Zouma sidelined for around six months, that will leave Chelsea with just Gary Cahill as a recognised centre-back, unless they convert Branislav Ivanovic back into a centre-half.

However, according to reports, plans are already in place at Chelsea and they are already highlighting possible defensive signings with Godin top of their list.

Chelsea have been interested in the Uruguayan for the past few seasons, but Atletico have been reluctant to sell, despite allowing both Filipe Luis and Diego Costa to complete the same move.

Reports in Spain are claiming that Chelsea will lodge a formal bid for the 29-year-old and will hope to sign him over the summer. However they will have to pay around £30million to lure him away from the La Liga giants.