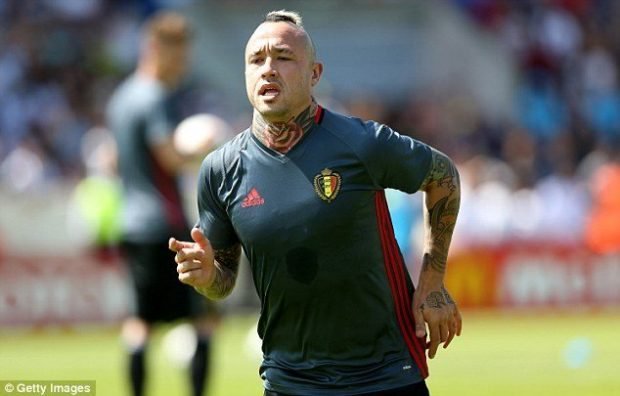 Roma midfielder Radja Nainggolan has admitted that Chelsea are in negotiations with the Italian club for his services.

Nainggolan, 28, scored the only goal in Belgium’s Euro 2016 Group E clash with Sweden, as they advanced to the knockout stages to meet Hungary on Sunday in Toulouse.

Incoming Chelsea manager Antonio Conte, who takes charge at Stamford Bridge after Euro 2016, is reportedly keen to strengthen the midfield.

The midfield ace, while insisting he is fully focused on Belgium for the time being, played down speculation regarding his future, seemingly happy to stay in the Italian capital.

“Every year for seven seasons I have been linked with a different team,” Nainggolan told Het Nieuwsblad. “We will see what happens, Chelsea and Roma are still talking.

“If I had to stay in Rome I would be happy. I will not talk about it now though, I am only focused on the European Championship.”

Roma have already lost one of their stars, Miralem Pjanic recently joining Serie A rivals Juventus for 32 million Euros.

Nainggolan signed for Roma from Cagliari in 2015 for 9 million Euros, after an initial loan spell the previous year. He made the Serie A Team of the Year for the 2014-15 season.