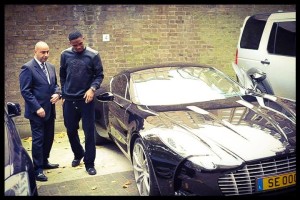 Its not surprise seeing Samuel Eto‘o top this list as we all know how much Samuel Eto‘o is worth. The 34 year old is the most decorated African Footballer of all time winning the African Player of the Year award for a record four times. Samuel Eto’o was once the highest paid footballer in the world when he joined Russian club Anzhi in 2011 making him the highest earner with a yearly salary of €20 million after taxes, beating Cristiano Ronaldo and Lionel Messi.