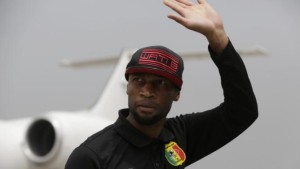 Coming in at ninth spot is a Malian footballer, Seydou Keita brings in a net worth of $10 million which is the same as Congolese player Christopher Samba as seen in Tenth spot. Keita who is currently playing in the Italian Serie A for Italian club AS Roma, Previously he was playing in the Chinese Super League for Dalian Aerbin where he was earning a much higher wage of $16 million per year. Keita also had a stint at Lens and Barcelona playing five seasons at each club.

Who Has Won The Most Olympic Medals Of All Time?