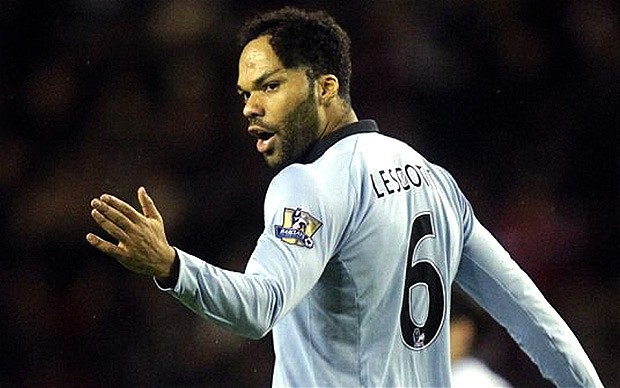 The boyhood Villa fan is committed to the club

Aston Villa defender Joleon Lescott admits he wants to stay with the club next season, and help them back into the Premier League.

The former England international is prepared to move down into the Championship, to help the club he supported as a child, return to the top tier of English football.

Villa’s fate was finally sealed on Saturday, when Marcus Rashford’s goal earned Manchester United three points at Old Trafford, making the Villans the first side to be relegated from the Premier League this campaign.

“Of course I want to be part of the battle. I’m here for as long as Aston Villa want me,” Lescott said after the game.

“I was a Villa fan growing up, so it hurts as much as some of those fans out there, even though they might not think so.

“As an individual I can only take my part in the blame but I don’t think it’s ever as bad as what people portray in the press. But we’re not going to dwell on that and use it as an excuse.

“We’ve not been good enough this season and that’s why we are where we are.”

Defeat on Saturday was the club’s 24th of the season in the league, making for one of the division’s worst records. And a new board of directors was appointed – making changes to the club, including sackings and new appointments – but their decisions have made no affect.

“The criticism has been a bit of both; warranted and, at times, unfair. Throughout the season we have given reasons for people to jump on us, but there hasn’t been so many reasons at times.” Lescott added.

“But it’s part of football and we have to take it on the chin. When things are going well you love it but when things aren’t going well it’s horrible to be a part of. It’s a tough time at the minute and we owe it to the club and the fans to keep striving forward.”

As it stands, Villa have picked up 16 points from 34 games – 15 points adrift of safety – with matches against Southampton, Watford, Newcastle and Arsenal still to come.