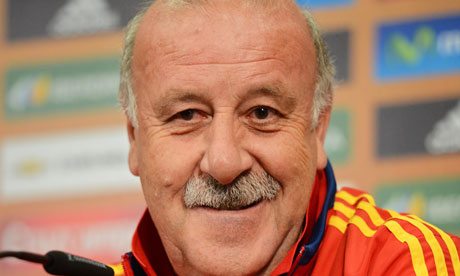 Sergio Ramos has single handedly complicated matters for many of the top teams in Euro 2016. With one poor decision and even poorer penalty kick he has managed to cram nearly all the top nations into one half of the draw.

Yesterday evening at about 9.45pm everything was going along smoothly. With just a couple of minutes left of the Spain vs Croatia game we were heading towards an evenly balanced last 16 draw. Then in the 87th minute Perisic scored low to De Gea’s right side. Croatia won and topped the group. Now we have Spain, Italy, Germany, France and England all in the same half of the draw. The only real contenders in the other half are Croatia and probably Belgium, unless they slip up later today. Worse still Italy now play Spain in the last 16, a repeat of the Euro 2012 final and way too early for one of these teams to go out.

However, Spain and Sergio Ramos in particular should never have been in this position. In the 72nd minute when Spain were awarded a controversial penalty, up stepped Ramos somewhat surprisingly to take the penalty. As Spain captain, nobody could really argue with him. Like his Real Madrid teammate, Ronaldo, they now share the unwanted statistic of being the only two players to miss a penalty at the Euros so far.

Maybe it was actually another of Ramos’s teammates, Luka Modric who psyched him out of scoring the penalty. He passed a message to the Croatian goalkeeper via Darijo Srna, who then whispered in the goalkeeper’s ear just before the spot kick was about to be taken. Possibly Ramos missed because the keeper almost reached the penalty spot before Ramos did, as he blatantly advanced three or four yards towards the spot. Whatever it was, Spain had better penalty takers on the pitch than Ramos.

Whatever happens journalists better not ask Ramos any questions about that kick if Ronaldo’s reactions are anything to go by. Today Ronaldo has thrown a strop and thrown a reporter’s microphone into a nearby river after a simple comment. Ramos not being one to mess around, may go one step further and actually throw the reporter in the river!

England too will be kicking themselves now. After Spain’s surprise defeat, England could have been in the top half, but now they could face Portugal, France and Spain or Germany in successive games if they want to reach the final. That’s what happens when you tinker too much and rest your best players, Mr. Hodgson!

It’s nice to see some underdogs still in the draw but some of those teams such as Switzerland, Hungary and Slovakia haven’t exactly set the tournament alight. They have mainly got this far, based on their defensive qualities rather than any creative and entertaining football. I hope I am proved wrong and there are some amazing games on the way. I fear however we could be watching some pretty boring and negative football over the next week. Thank god for Wimbledon starting on Monday!