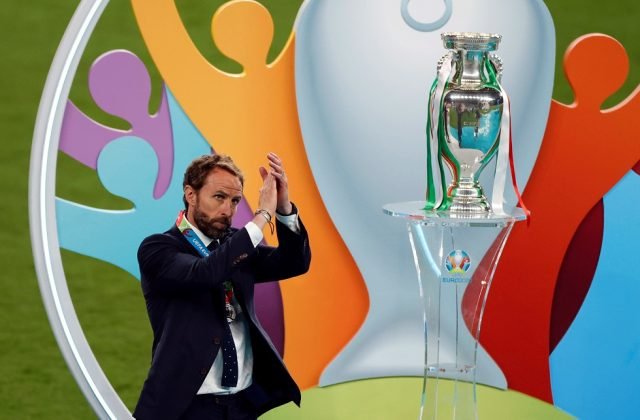 Gareth Southgate took the blame for England’s penalty line up in Euro loss.

The Three Lions lost 3-2 on penalties to Italy, missing all three of their last three kicks in a row.

“We’re hugely disappointed,” Southgate said. “The players have been an absolute credit, they’ve given everything they possibly could.

“They’ve run themselves into the ground. At times they played really well, at times we didn’t keep the ball quite well enough, especially at the start of the second half, but we can’t have any recriminations, they’ve been a joy to work with.

“They’ve gone further than we’ve gone for so long, but tonight it’s incredibly painful in that dressing room. It’s down to me. I decided on the penalty takers based on what they’ve done in training, and nobody is on their own.

“We won together as a team, and it’s on all of us for not being able to win the game tonight. But in terms of the penalties, that’s my call. It totally rests with me.”

Of course, the big surprise was letting two immediate substitutes and a 19-year-old Bukayo Saka thrown in to take the final shots. In the end, England ended their European campaign as runners-up.