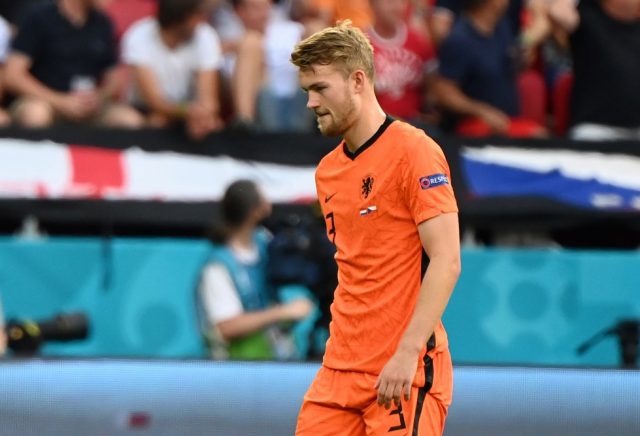 The Netherlands suffered a painful defeat against Czech Republic on Sunday.

Tomas Holes and Patrick Schick saw their country through a rewarding 2-0 win, knocking Holland out of the Euros.

De Ligt saw himself get sent off after a brilliant sequence of attack from his own teammates, Donyell Malen and Memphis Depay. The Oranje came very close to scoring on their own before a De Ligt’s handball incident earned him a red card.

“Fundamentally, we lost the game because of what I did. With hindsight, I shouldn’t have let the ball bounce. I felt like we had the game under control and had a few chances, especially in the first half.

“I didn’t even have the sensation that the Czechs were creating many scoring opportunities, but obviously the red card made the difference.”

Netherlands looked far the better side before De Ligt’s sending off. They were controlling posession and were creating chances but were struggling to break the deadlock. They were the stronger side on paper and heavily tipped to go further in the tournament.

De Ligt is still young and should not let this one incident define his career.