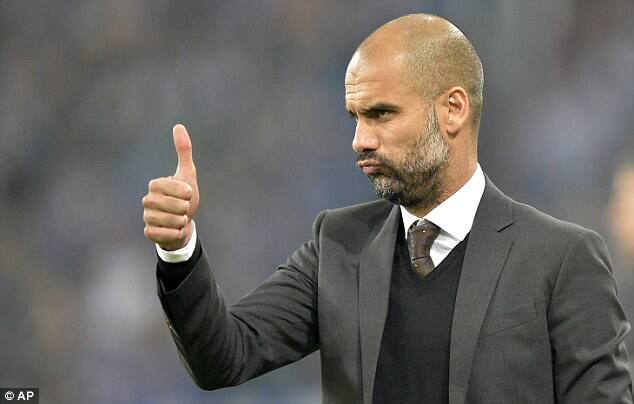 Pep Guardiola has admitted that he doesn’t think Manchester City have the same history of their neighbours Manchester United, and that it could take at least 10 years to catch up.

City’s honours include 2 Premier League titles in the last 6 years but Guardiola believes they need to be consistently playing in the Champions League to build up a reputation as one of the biggest clubs in Europe.

City have been involved in the Champions League every year since 2010 and reached the semi-finals last season under former boss Manuel Pellegrini where they were beaten by eventual winners Real Madrid.

“We don’t have the history with this shirt, of Barcelona, Juventus, [Bayern] Munich or Manchester United. Not their titles,” Guardiola said in quotes reported by the Daily Mirror.

“It’s about being in Europe and over the next decade to be there [in the Champions League] every year. That’s more important to this club than winning one title, believe me, more than that.

“They have to believe they are good, the club is good, the players are good.”