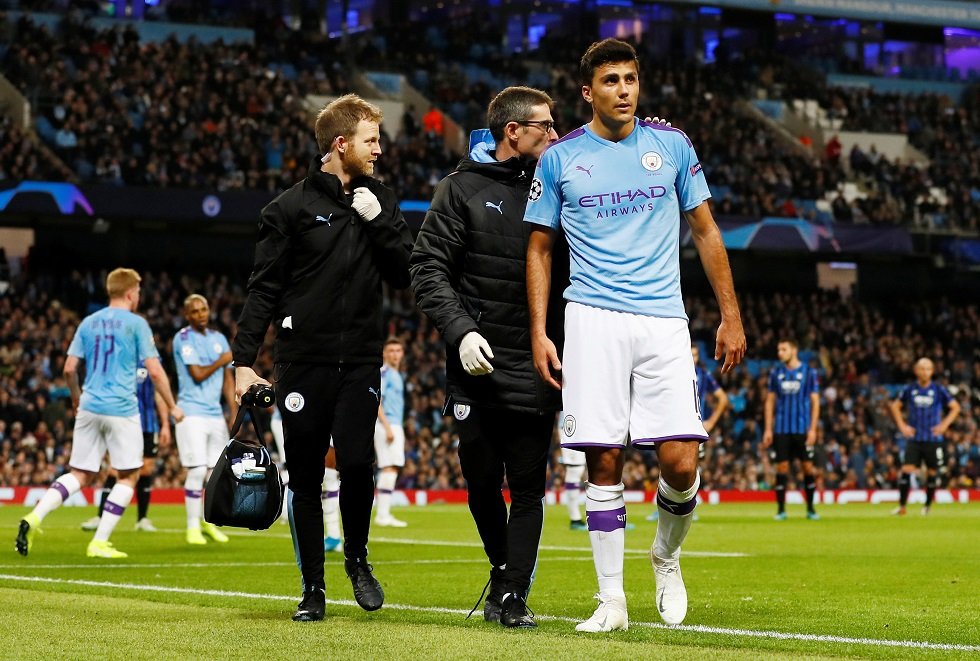 The Spaniard paired up with Fernandinho at the heart of City’s defence in the 5-1 thumping of Atalanta on Tuesday night. Raheem Sterling recorded a hat-trick while Sergio Aguero drilled in the other 2 goals.

Rodri, unfortunately, limped off the field right before the half-time break in what seemed like a hamstring pull. When asked about the 23-year-old, Guardiola said, “We do not yet (know what injury is). Tomorrow (Wednesday), we will know. Hopefully, it will be ten days if it’s not broken. If so, then three weeks. It looks like his hamstring.”

Of course, this could be a huge blow for the Citizens since they are already short in defensive numbers. With Aymeric Laporte ruled out long-term the centre-back position has taken a real hit this season. Nicolas Otamendi is slowly returning from a back injury he sustained on international duty for Argentina.

John Stones replaced Rodri last night and seems to be the only fit option at centre-back. However, with Rodri injured City’s midfield setup could go for a toss since they heavily depend on the Spaniard or Fernandinho playing in the pivot.

It has already been tough for Guardiola’s men to make a title challenge, especially since their rivals, Liverpool managing to stay injury majority of the season. These issues tend to build up over the course of a long campaign.