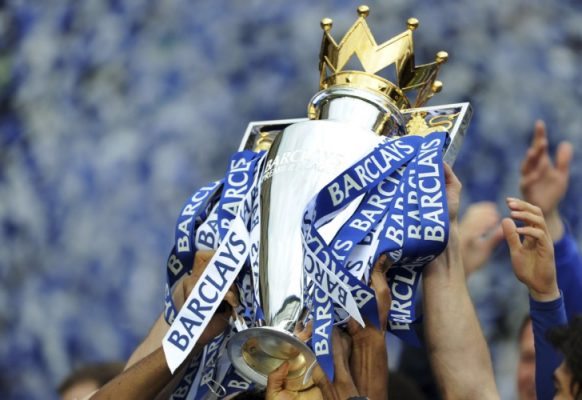 A crucial week of fixtures predicted by Sillyseason!

It’s a massive weekend of fixtures in the Premier League.

As the season nears it’s exciting end, the race at the top and bottom are starting to really heat up, with Leicester able to wrap up the league title this Sunday.

So how will this weekend’s games go? We predict the results and scores.

This is practically a nothing game, but Villa are beating nobody at the moment. Watford aren’t doing so well after a promising few months, but I think they’ll still take the points here. Villa have no passion and really don’t seem to care how badly they’re doing.

Stoke aren’t playing so well, and are safe, playing for nothing. Meanwhile, Sunderland are fighting for survival, and starting to get some results. In the race for survival anything is possible and with Stoke on the end of a few tough defeats recently, including away to Liverpool and at home to Spurs, I think Sunderland could steal a win here.

Neither teams are really playing for anything or playing well, so I think it could be another boring affair at Goodison, as we’ve seen a lot unfortunately over the recent weeks. I think Everton will edge it, but another average performance from Everton is looking likely, which will put more pressure on Roberto Martinez.

Palace are flying at the moment after reaching the FA Cup final, but Newcastle are on an even bigger high. Their motivation salvaged them a point at Anfield last week and I think Rafa Benitez can mastermind them to more points here, I’m predicting an edgy win for Newcastle.

The Hammers are still chasing European football at the moment so have real incentive to go out and win this one. The Baggies are struggling to get results but got a title-affecting draw against Tottenham at White Hart Lane on Monday night, so aren’t to be underestimated. With that said, I think West Ham will win here and keep the pressure up on the top 4.

Swansea will be wary of being dragged into a relegation battle if they’re not careful, and Liverpool will have one eye on the second leg of their Europa League semi-final second leg on Thursday against Villarreal. This said, Liverpool won’t completely discount this game and I think they can come away from the Liberty with a draw.

This is the eye-catching fixture of the weekend. Little Leicester can secure the Premier League title if they get a win at Old Trafford on Sunday. But I think they’ll lose. I think they’ll win the league eventually, but they’ll have to wait a little bit longer. United are still in the hunt for Champions League, and that will get them through this game, especially with Leicester still missing Jamie Vardy.

This is an interesting one, Southampton are playing well but City are determined to stay in the top 4. With this said, The Blues to travel away to Real Madrid on Wednesday in a Champions League semi-final, so will surely have one eye on that. Due to this, I think the Saints could end up grabbing a win here.

This game is just as important as the Man United/Leicester game, as Chelsea have the chance here to practically deny their London rivals any chance of Premier League glory, and I do think they’ll do that. Spurs were dealt a massive blow on Monday with the draw at home to West Brom, so I think they’ll drop more points here.