What will be the PSG predicted line up vs Bayern Munich?

Paris Saint-Germain have been ruthless in Europe this season, going past Barcelona in the last round quite easily. Last week they carried out another shock win over the reigning champions. They ended Bayern Munich’s 17-game unbeaten run. Mauricio Pochettino has set his team up with a monster attacking line up.

In goal Keylor Navas to come back in time for this tie. Danilo and Kimpembe should pair up in front the Costa Rican while Diallo and Dagba covers the flanks.

Idrissa Gueye and Leandro Paredes should form the PSG engine room with Neymar in the number ten role ahead of the two.

In the wings, we can expect Julian Draxler and Angel Di Maria to feature while Kylian Mbappe leads the attack. 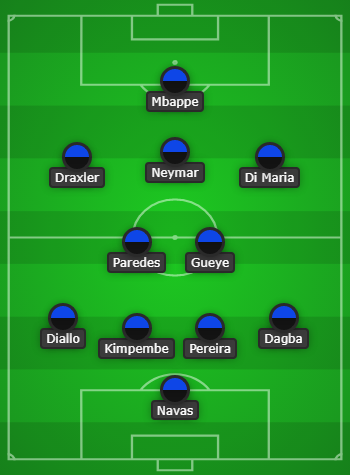 Bayern Munich were as dominant as ever since their Champions League triumph from last season until they met PSG. Mauricio Pochettino’s men took advantage of the Bavarians’ weaknesses and beat them 3-2 at the Parc des Princes. Here we will give you answer on the most frequently asked question about Bayern Munich – PSG.

Bayern Munich are on course to lift their ninth consecutive league title but saw their 17-game unbeaten run in Europe end against PSG. PSG hold an astonishing away record which landed them impressive wins in Europe. But the Parisians have only won one of their last 5 matches at home.

Tuesday’s first leg represents the 11th meeting between Bayern and PSG in the Champions League. The Bundesliga side has won 4 games including last season’s finals while PSG have won 6.