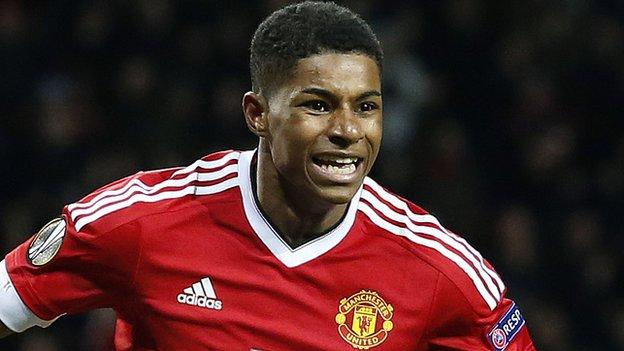 The United youngster limped off at Wembley on Saturday

Manchester United striker Marcus Rashford could miss out on the chance of heading to the Euros with England, after suffering a knee injury in the FA Cup final.

The Red Devils won 2-1, after extra time, to secure their first FA Cup since 2004, however, their 18-year-old star suffered an injury blow that could rule him out of selection for Roy Hodgson’s England squad.

England face Turkey in a pre-European Championship warm-up match at the Etihad on Sunday, and it is said to be the youngster’s best chance of securing a shock call up to the Three Lions’ final selection for this summer’s tournament in France.

Wilfried Zaha’s challenge in the 68th sent Rashford to the ground, but it was a tackle from Yohan Cabaye that left Louis Van Gaal with no choice but to replace his frontman.

Rashford limped off the pitch, but was seemingly in good spirits as he prepared to go an collect his FA Cup winners’ medal – no doubt the first in what looks set to be a glamorous career for the United star.

It is understood that the initial fears that the 18-year-old could be out for some time have been quashed, while it is yet to be seen how much involvement Rashford will have in England’s warm-up fixtures.

However, Rashford is expected to miss out, barring an injury crisis to one of his fellow England front men, on inclusion in Hodgson’s cemented plans for this summer. But it is a bittersweet evening for the youngster, whose slim chances of heading to France this summer could have been reduced further.

Rashford has netted seven goals in 18 senior appearances this season, having made his debut for Van Gaal against FC Midtjylland in the Europa League in February.

Hodgson will hope to have the United man available to him for his final two warm-up matches against Australia and Portugal.