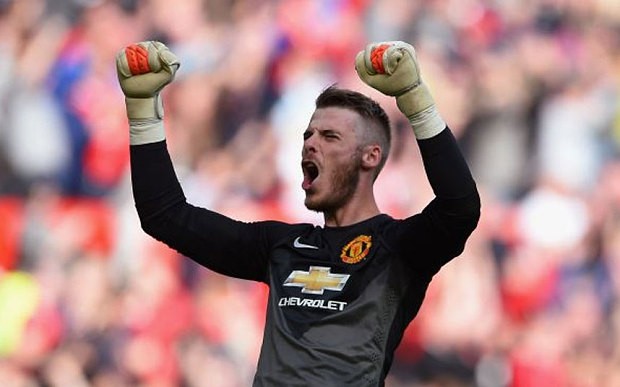 The shot-stopper’s future continues to be a talking point

According to the Manchester Evening News, Manchester United have told Real Madrid that they can only have David De Gea if they offer a record transfer bid for the goalkeeper.

United are still trying to convince De Gea to stay at Old Trafford, but it is believed that the Spanish international wants to return to Madrid where he began his career with the Galacticos’ city rivals, Atleti.

Louis van Gaal and co. have apparently offered Real Madrid and ultimatum, offer a record breaking amount of money or he is staying in Manchester.

The Red Devils are even prepared to let the 24-year old’s contract run down if the sufficient money isn’t received. De Gea only has a year remaining on his current deal at United.

What is the record?

The current transfer record for a goalkeeper is £36.2 million, when Italian international goalkeeper Gianluigi Buffon moved from Parma to Juventus back in 2001.

Manchester United believe anything over this price represents the value of De Gea, who won several points for his club last season with some stunning individual performances. He was a major factor in van Gaal’s side finishing fourth and gaining the final Champions League spot.

However, there are several pointers that suggest De Gea is on his way back to his native country. For example, the house that he has been renting in Cheshire during his time at United is now up for sale.

United’s increasing interest in Real Madrid’s talisman centre-half Sergio Ramos has also thrown a spanner in the works; the two could be involved in a  massive European swap deal during this summer’s transfer window.

De Gea is apparently desperate for a move to the Santiago Bernabeu, as playing in La Liga, Spain’s top division, would significantly boost his chances of wearing the number one jersey for his country.