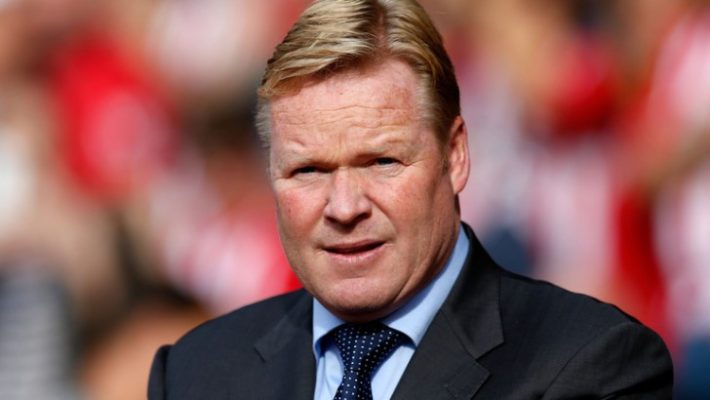 Ronald Koeman has said Southampton are in desperate need of defensive cover before the Premier League season gets underway next month.

This comes after the news that the Romania international defender Florin Gardos was ruled out for a reported ‘six to seven months’, with a serious knee injury.

But now boss Koeman will have to look for new recruits, with Jose Fonte and Maya Yoshida the only senior, recognised centre backs available.

“He was going into his second season in Southampton and young, and that type of injury and you lose six or seven months and everybody is disappointed.”

Koeman, who helped propel Southampton to their highest ever Premier League finish of 7th last season, and a spot in the Europa League, added that bringing in defensive cover was paramount.

“That’s the priority, to bring in one or maximum two centre-backs. It’s too small with Maya (Yoshida) and Jose (Fonte).

“Ok, we have (Jack) Stephens, we have (Jordan) Turnbull, but they are young and still they have to improve themselves and that’s the point for attention at the moment, the centre-back position.”

The South Coast club lost their battle to secure the services of Toby Alderweireld, despite threatening legal action against Atletico Madrid, as they believed they were entitled to sign the player on a permanent deal.

The Belgian was a real success last season, but he has now joined Tottenham Hotspur, managed by former Southampton boss Mauricio Pochettino.