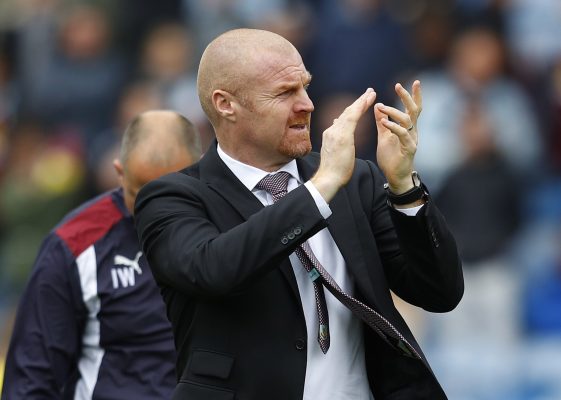 Sean Dyche feels Burnley have become underdogs once again and they need to prove their credentials to regain their legacy in the Premier League.

The Clarets haven’t been able to garner any positives from this season as they have failed to replicate their last season’s form. Dyche led his team to the seventh position as they earned the rights to compete in the Europa League qualifiers.

Burnley couldn’t get through to the Europe League group stages after falling short as they were outplayed by Olympiacos in the playoffs. They also have had their worst start since 1927-28 as a string of defeats and a draw has submerged them to the bottom of the top flight.

Dyche believes his side has the potential to overcome all the shortcomings as they have been doing that for the past couple of seasons. “We have kind of gone full circle in a very short time frame. Most people outside of us thought, Burnley proved [what they could achieve] last season.

“I wasn’t taking it quite as powerfully as that because I know the demands of the Premier League and I know how you can have these runs.

“Through all of that we are actually back to being underdogs again. We are bottom of the league and everyone is saying that it hasn’t started right.

“Weirdly we are back to being the sort of Burnley everyone supposes of us. Which is usually every season being this underdog that has got to punch above its weight – we have historically done this. We have got to do that again.”