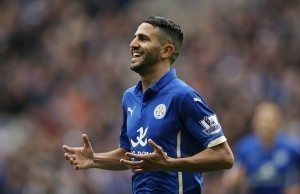 When does this guy not make Team of the Week these days?

What a season he is having so far and he shone once again for Leicester City at the weekend against Stoke City.

After going 2-0 down for a second week in the row, it looked like the Foxes were finally set to lose again, but once again they came from behind and picked up a point this time.

Riyad Mahrez obviously netted one for Claudio Ranieri‘s men and also got an assist for the second as well.

Another stunning game-week for the Egyptian. 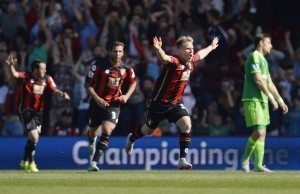 When you score a contender for Goal of the Season, you deserve to be in Team of the Week.

Matt Ritchie scored one of the best volleyed goals in the Premier League when he struck the ball from outside of the box and into the top-corner.

The technique and the ability to pull it off is unreal and simply for that stunning goal, he takes a place in our Team of the Week. 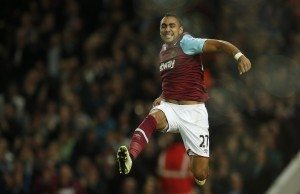 What a signing he’s been.

After his match-winning brace against Newcastle United, Dimitri Payet backed it up once again with a fine performance against Manchester City.

An assist to his name and just another stand-out display for the Hammers.

A great signing for Slaven Bilic. 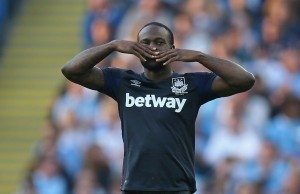 Agent Moses the Chelsea fans are calling him.

Well Victor Moses has been superb for West Ham United in his first few matches for them after joining on a season-long loan and his goal against Manchester City was a brilliant strike.

His pace is deadly and if he can start adding more goals to his game, he could be a real threat all season for the Hammers.

Another West Ham man in the team.