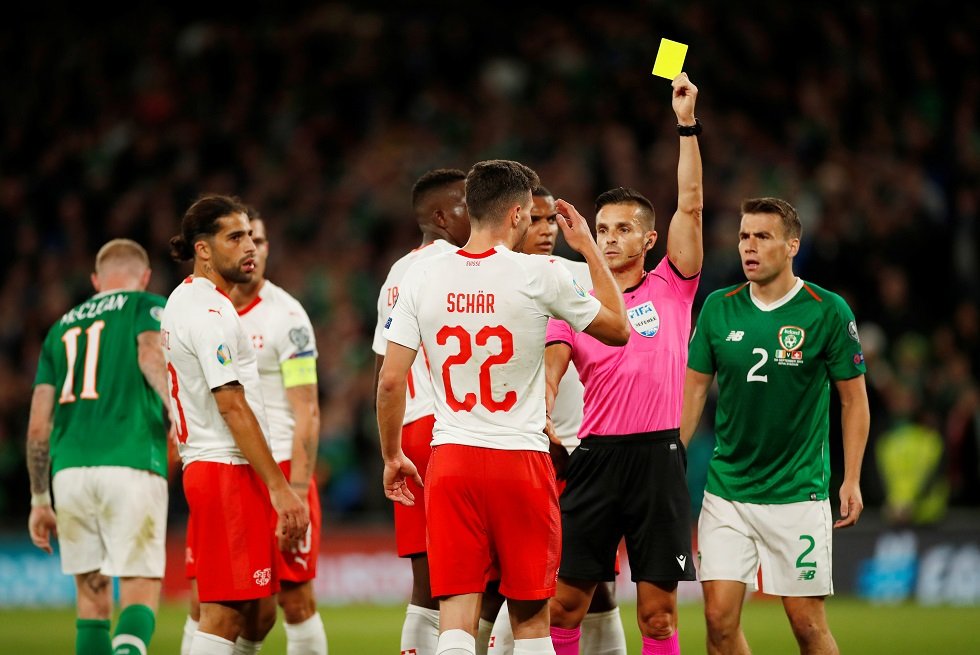 Republic of Irelan will be travelling to Switzerland for their 7th Euro 2020 qualifier fixture, the Swiss have a game at hand. A victory will be enough to guarantee top spot for Mick McCarthy’s men.

Switzerland have already secured their spot in the Euros through their involvement in the UEFA Nations League. McCarthy was happy to come away with just a point against Georgia since it kept them at the top of Group D. However, the stakes in this fixture are far too high. The Green Army have not lost a single in the qualifiers yet and they are not ready to conced that record.

There is no doubt, this tie is about to be an exciting one but who can run away with all three points – Switzerland or Ireland?

Watch & bet on games via live streaming online on the internet? Unibet and bet365 offer stream och bets on the best European football matches from many different leagues via live streaming. We will give you all info about stream, betting, tv and team news for Switzerland vs Ireland online!. Watch & bet!

Switzerland vs Ireland odds winner – (1 x 2) – who will win according to the odds?

Switzerland vs Ireland will be played at Stade de Genève on Monday, 14 October

Switzerland will be closing their campaign with a home fixture against Georgia and don’t really have much to play. Ireland have performed well so far to collect 12 points in 6 games. They showed character in the 1-1 late draw against Denmark in Dublin. They were also able to come away with the point againt Switzerland last month.

The Swiss will hope to change their fortunes of conceding late in the game. They know a strong showing tonight will make the difference between automatic qualification and a playoff place.

So who will win tonight’s clash at Stade de Genève, Switzerland or Ireland?

Aaron Connolly made his debut last week but it is likely he will be kept on the bench for this tie. McCarthy have no fresh injury concerns and could field relatively the same starting XI. Alan Browne or Callum O’Dowda could come into contention for a starting position for Ireland.

As for Switzerland, Kevin Mbabu could return to the team in place of Stephan Lichtsteiner.

Who will win Switzerland vs Ireland? If you are looking to bet on this game, then there are several markets which are interesting. For example, a win for Switzerland has odds of 1.53 since they are the favourites.

What’s the best odds on a Ireland win and how high are the odds that there will be over 2.5 goals? Here, we give you all the info.

If you think about put a bet on Switzerland and Ireland, there are several good promotions. Especially Unibet and bet365! Combine the best betting offers from Unibet and bet365 to get the most from your betting.

This is the H2H – head-to-head stats for Switzerland vs Ireland:

Tonight’s match is the 18th meeting between these two sides. Switzerland have won 5 of the games while Ireland holds bragging rights with 8, the other 4 ending in a draw. Here are the past 5 games played between these two European giants –

Here we will give you an answer on the most frequently asked question about Switzerland vs Ireland.