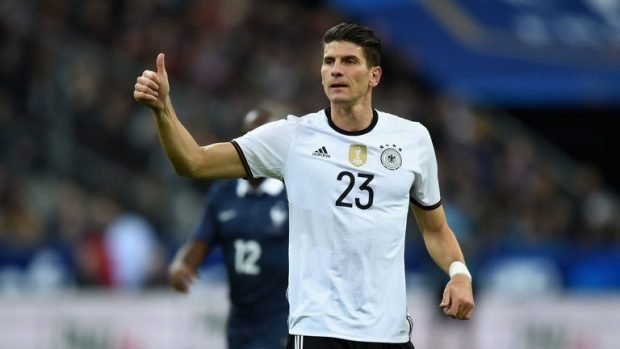 The Hammers are hoping to beat Besiktas to striker signing

West Ham United are ready to pay £4 million to capture Germany international Mario Gomez from Fiorentina, although Besiktas will look to fight off the Londoners interest after his loan spell last campaign.

The 30-year-old spent last season on loan at the Turkish giants in the Turkish Super Lig, scoring 26 goals in 33, finishing top scorer in the league.

And Slaven Bilic is keen to bring the German to their new home, the Olympic Stadium, although the Croatian boss’ former club, Besiktas, are also understood to be keen on tying the former Bayern Munich striker down to a permanent deal.

Bilic, who was a part of ITV’s Euro 2016 coverage for a period, had the chance to scout the Germany international while out in France, and has liked what he has seen, but will have to tread carefully in negotiations that affect his former club.

Besiktas could fall foul of the UEFA financial fair play league if they splash out on the Germany star, however, the Hammers don’t want to fall out with the Turkish side, if they beat them to Gomez’s signature, as they chase Besiktas’ Atiba Hutchinson.

The 33-year-old Canada international is the subject of a £3 million bid, which is understood to not yet have been accepted.

However, the Gomez deal will still see Besiktas benefit, as they and Fiorentina agreed, prior to the German’s loan spell, that they will receive 40% of any transfer fee.

But despite the Hammers wanting to tread carefully, in terms of negotiations, Bilic – who managed Besiktas for two years before joining West Ham – is confident of completing the deal and settling the outcome on good terms.