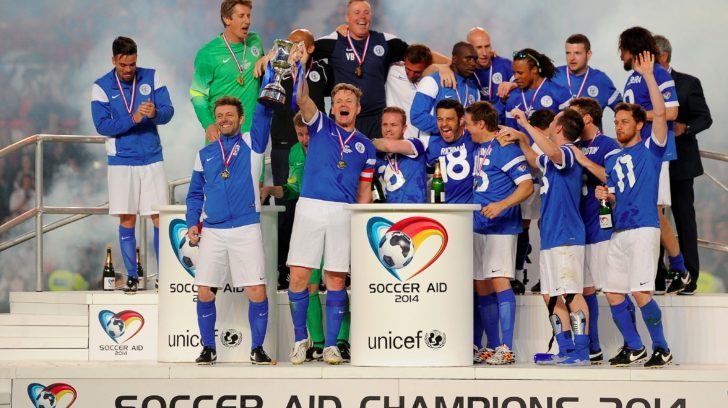 UNICEF Soccer Aid 2016 Match Date & Players Lineups? Which stars have made the team England and the Rest of the world?.

What is the UNICEF Soccer Aid game? it’s the world’s biggest charity celebrity football game to raise money and vital support for Unicef’s work for children in danger. The football match brings together stars from sport, music, television and film. The Annual star-studded football match will be held at Old Trafford on 05 June 2016. if you want to buy tickets you can by the tickets on Manchester United website (www.manutd.com/socceraid )

This charity has raised over  £15 million through ticket sales and donations from the public since the charity game was started through UNICEF UK.

This years Soccer Aid match will consist of a number of star players who played some amazing football over the years players like David Beckham, Steven Gerrard, David James, Rio Ferdinand, Michael Owen and Jamie Carragher will be on the England.

Below is a full list of the Lineups for both teams. Enjoy.