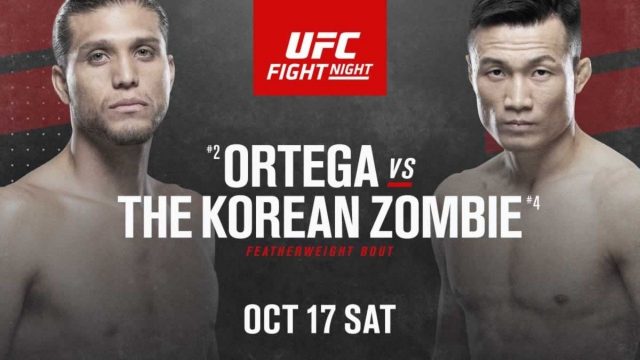 After last weekend’s bantamweight showdown between Cory Sanhagen and Marlon Moraes in the men’s division, we are set for another exciting round of fixtures on Saturday night. The Flash Forum in Yas Island has been the only other venue other than the UFC Apex Facility in Vegas hosting fights through the COVID-19 pandemic.

UFC Fight Night 180 went through a lot of hoops to finally get here and two big names will be headlining the event – Brian Ortega and The Korean Zombie.

If it were not for a knee injury to Ortega we would have already seen this matchup go-ahead last December in Busan, South Korea. Fans will be pleased to see tension rise between the two over the past year, raising up the hype for this fight. Whoever comes out the winner will be the next title contender in the division.

T-City will be taking the stage after his last appearance in UFC 231 title fight loss to Max Holloway. That was his first UFC defeat where he was clearly outgunned at all fronts. The Korean Zombie featured in last year’s UFC event and knocked out Ortega’s replacement, Frankie Edgar in just over three minutes. After serving his mandatory military service, Sung Jung is looking fresher than ever and in much better shape.

In addition to the featherweight fight, we will be waiting to see Ciryl Gane and Ante Delijain in the heavyweight division. If you are a UFC fan, then you simply can’t miss this fight! Watch & Bet on Sports Here =>

Ortega vs The Korean Zombie betting: How to bet on UFC Fight Night 180?

As it stands, the odds are in favour of The Korean Zombie. He is the favourite to win this UFC fight but by a narrow margin. The betting companies bet on Chan Sung Jung to win. bet365 has Bryan Ortega as the second favourite to win with the odds 2.62 and odds of Sandhagen is 1.53.

The betting odds for Ortega-The Korean Zombie are in favour of Chan Sung Jung. The 33-year-old looks to have improved greatly, brandishing the same entertaining style while exhibiting more power and improved technical acumen.

There is a genuine rivalry between the two men and is a “must win” for both. Getting a shot at the title at the back of it only raises the stakes furthermore. 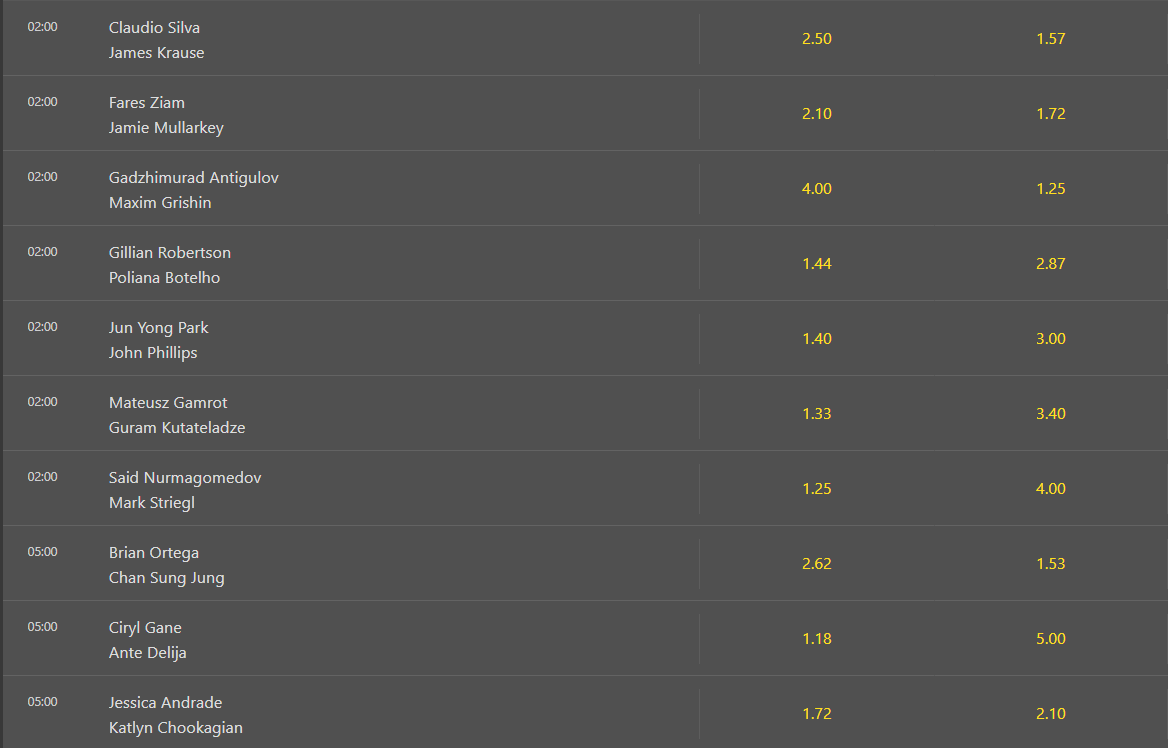 What time will Ortega and The Korean Zombie clash start?

What time will Ortega-The Korean Zombie fight start? The undercard’s coverage starts around 10:00 PM in the UK. The main event, the fight between Ortega and The Korean Zombie, is scheduled to start at after 1:00 AM GMT UK time and 08:00 PM ET US time.

Ortega-The Korean Zombie UK & US TV does not appear on any ordinary channel that is free and the UFC Fight Night 180 is shown mainly on paid channels and pay-per-view.

Who shows Ortega-The Korean Zombies MMA fight on TV in the US and UK?