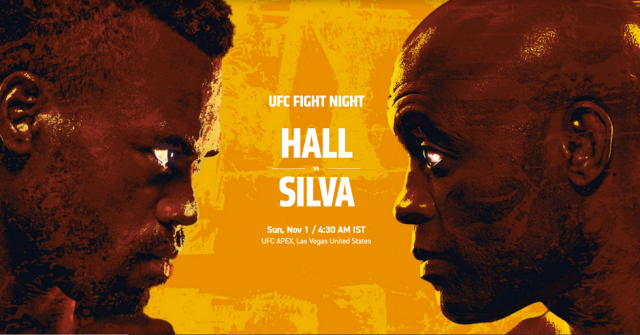 After last weekend’s historic showdown between Khabib and Gaethje in the men’s division, we are set for another exciting round of fixtures on Saturday night. The Flash Forum in Yas Island has been the only other venue other than the UFC Apex Facility in Vegas hosting fights through the COVID-19 pandemic.

UFC Fight Night 181 went through a lot of hoops to finally get here and two big names will be headlining the event – Anderson Silva and Uriah Hall. This will be the final fight of UFC icon, Anderson Silva.

“Everybody loves Anderson Silva,” Saud told MMA Junkie. “We’ve all been involved in this sport for so long. Uriah’s got a job to do. He’s still in the middle of his journey and we’re trying to get him elevated and through the rankings. Afterwards, whatever respect and homage we can pay afterwards, and you saw Izzy (Adesanya) do that. Everyone has a lot of respect for Anderson. But when the fight is on, I’m not worried about Uriah’s mindset. I think he’s focused and ready to go.”

Hall’s journey to this point has not been easy. He was picked to fight Ronaldo Souza in April before another COVID-19 test made it impossible to pair the two up. Yoel Romero pulled out of the next matchup due to injury and now, the 36-year-old is left with the task of giving Silva a send-off. Is going to be a happy one? Depends completely on him.

The Silva and Hall fight kicks off on Sunday morning 1st November 2020 at 11:00 CEST / 12:00 AM UK time at UFC Apex Facility, Las Vegas, USA. The MMA clash between Silva and Hall is the main card of the UFC Fight Night 181 gala.

In addition to the middleweight fight, we will be waiting to see Andre Fili and Bryce Mitchell in the featherweight division. If you are a UFC fan, then you simply can’t miss this fight! Watch & Bet on Sports Here =>

Silva vs Hall betting: How to bet on UFC Fight Night 181?

As it stands, the odds are in favour of Uriah Hall. He is the favourite to win this UFC fight but by a narrow margin. The betting companies bet on Prime Time to win. bet365 has Anderson Silva as the second favourite to win with the odds 2.87 and odds of Hall is 1.44.


Visit bet365 for the latest odds on the Silva and Hall UFC-fight. If you are going to bet on Silva and Hall fight, then make sure to claim the bet365 bonus offers.

The betting odds for Silva-Hall are in favour of Uriah Hall. The past few years have not been kind on Anderson Silva. He is 45 now and an icon of the sport but not the warrior he once was. A farewell journey against a younger Hall will be hard, especially since the latter is coming off a two-fight win streak. 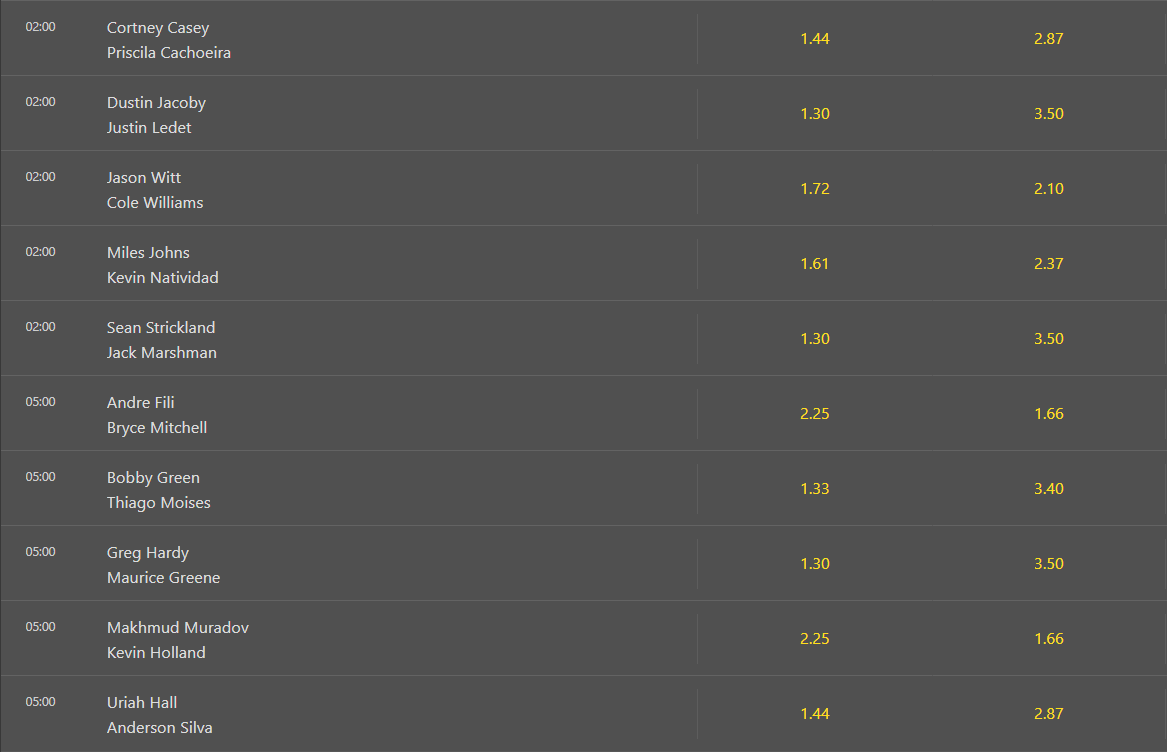 What time will Silva and Hall clash start?

What time will Silva-Hall fight start? The undercard’s coverage starts around 09:00 PM in the UK. The main event, the fight between Silva and Hall, is scheduled to start at after 12:00 AM GMT UK time and 07:00 PM ET US time.

Silva-Hall UK & US TV does not appear on any ordinary channel that is free and the UFC Fight Night 181 is shown mainly on paid channels and pay-per-view.

Who shows Silva-Halls MMA fight on TV in the US and UK?