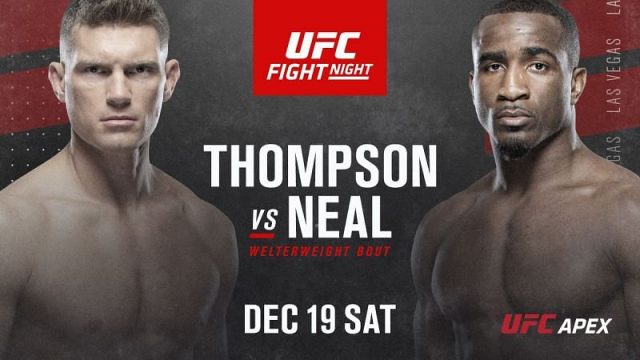 After watching Deiveson Figueiredo and Brandon Moreno battle out a draw and Charles Oliveira defeat Tony Ferguson, we are set for another exciting round of fixtures on Saturday night. The Flash Forum in Yas Island has been the only other venue other than the UFC Apex Facility in Vegas hosting fights through the COVID-19 pandemic.

We are into the final UFC event of 2020 and the entire organization has done a remarkable job in keeping the weekly fights coming during the pandemic. UFC Fight Night 183 went through a lot of hoops to finally get here and two big names will be headlining the event – Stephen Thompson and Geoff Neal. This will be a step right before a welterweight title shot next year for both fighters.

We can expect Thompson to stay in his corner of the Octagon and try to draw in Neal. The former makes sudden darts to land his blows, trying to be as unpredictable as ever. Neal’s biggest task will be to time his attacks as he spends the entire fight trying to close the gap.

This is a massive step up in competition for the Dallas native who has done everything right to get to this point. He is the younger fighter at 30 who will have to tackle Thompson’s tankful of experience and takedown power. After what has been a highly entertaining 2020, these fighters are the ideal ones to close out the year in memorable fashion.

The Thompson and Neal fight kicks off on Sunday morning 20 December 2020 at 11:00 CEST / 12:00 AM UK time at UFC Apex Facility, Las Vegas, USA. The MMA clash between Thompson and Neal is the main card of the UFC Fight Night 183 gala.

Thompson, a two-time title challenger is coming off a win over Vicente Luque in UFC 244 in New York. He took a long break to take on his next opponent at 38 years of age. The South Carolina native is still a top 5 fighter in the 170-pound division and a second win here could send him into title-contention once again in 2021.

His Saturday night’s challenger, Geoff Neal also fought last year in December, beating Mike Perry in 90 seconds at UFC 244. He faced non-COVID related health issues earlier in the year that landed him in the hospital. Now, he has fully recovered and looking better than ever.

In addition to the welterweight matchup, we will be waiting to see José Aldo and Marlon Vera duke it out in the bantamweight division. If you are a UFC fan, then you simply can’t miss this fight! Watch & Bet on Sports Here =>

Thompson vs Neal Betting: How to bet on UFC Fight Night 183?

As it stands, the odds are in favour of neither fighters. Both are incidentally on level grounds to win on Saturday night with bet365 handing out odds of 1.90 for both “Wonderboy” and “Handz of Steel”.

The betting odds for Thompson-Neal are equally distributed between both. In a long time, nobody truly knows who is going to win this fight. Both of them are coming back from a long hiatus and aiming to fight for the same thing – a title shot. While Thompson has challenged for the title twice already, Neal is looking hungrier than ever to get his shot. 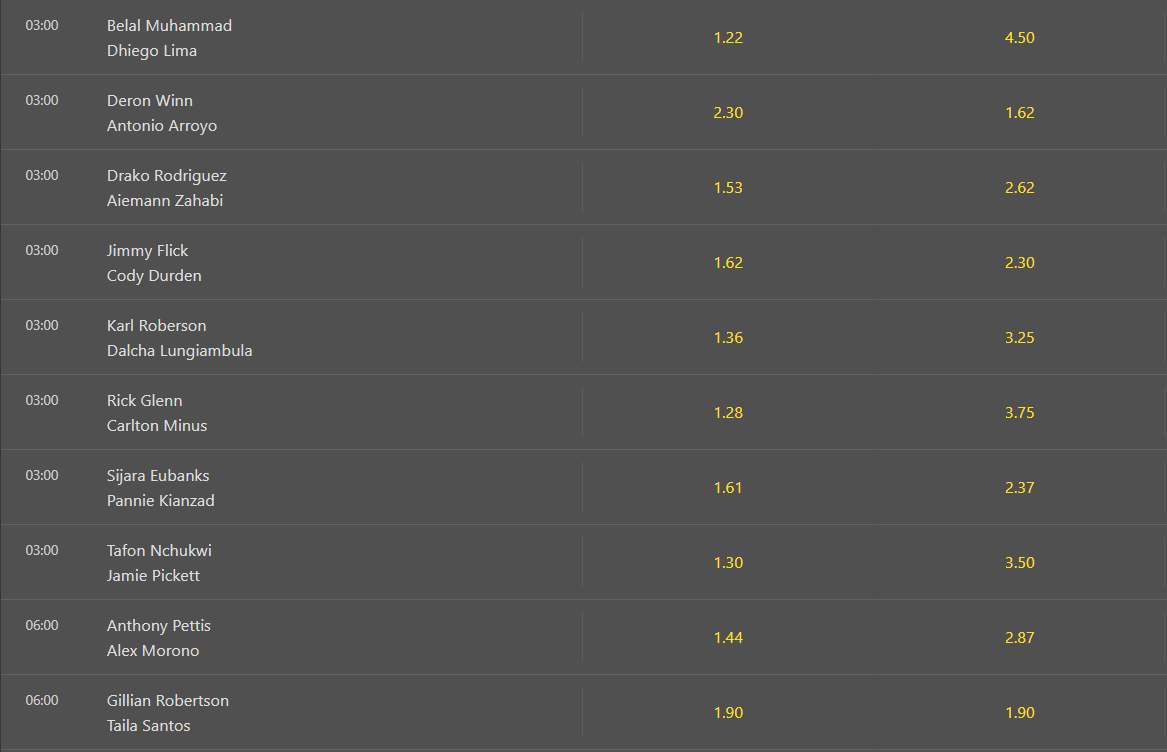 What time will Thompson and Neal clash start?

What time will Thompson-Neal fight start? The undercard’s coverage starts around 09:00 PM in the UK. The main event, the fight between Thompson and Neal, is scheduled to start at after 00:00 AM GMT UK time and 07:00 PM ET US time.

Thompson-Neal UK & US TV does not appear on any ordinary channel that is free and the UFC Fight Night 183 is shown mainly on paid channels and pay-per-view.

Who shows Thompson-Neals MMA fight on TV in the US and UK?