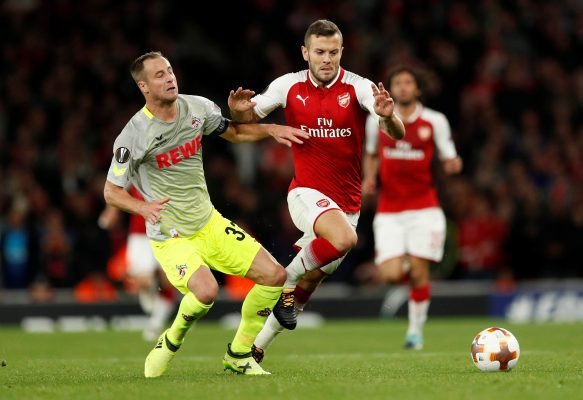 Our Arsenal vs BATE prediction

We expect an Arsenal win at 1.44 with Unibet. Below you can read the reasons for our Arsenal vs BATE predictions.

We expect Olivier Giroud To Score First at 4.10 with Unibet

Arsenal are favourites with the bookies for this match, with odds of 1.44 with Unibet to win. You can back visitors BATE Borisov at 6.75 with Unibet.

Whilst the Gunners should win and have more quality no matter what team they put out, this is a dead rubber for them which is always risky to bet on.

BATE still have everything to play for, and can qualify in second place with a win. Arsenal have already qualified and won the group.

Arsene Wenger has opted for a second string XI all throughout the competition and will no doubt rotate again on Thursday. Expect the likes of Reiss Nelson, David Ospina and Rob Holding et al to feature.

They will want to impress and stake their claim for more regular first team inclusion, and we think that if they play at their best then Arsenal should win at 1.44 with Unibet.

BATE are travelling a long way to London, and play at the Emirates which up until Saturday had been a fortress for the Gunners this season. The loss to Man Utd was their first at home since March.

Olivier Giroud is another who should get the chance to start, and we’re backing him to score first here at 4.10 with Unibet. As for the correct score, our prediction is a 3-0 Arsenal win at 10.00 with Unibet.

Arsenal face BATE in the Europa League on Thursday night. The Gunners have already qualified from and won Group H, so this game is just to provide minutes for some of the lesser involved players to prove their worth.

The Gunners were beaten 3-1 at home to Manchester United, but played well and would have taken something from the game if not for the heroics of David De Gea. They are without a win in their last two Europa League matches.

The two teams met for the first ever time in Belarus back in September. The Gunners ran out 4-2 winners that night with Theo Walcott at the double.

With nothing to play for, Arsene Wenger is expected to rotate his team heavily. Only Santi Cazorla is injured at the moment, but their starters will all be rested for the busy upcoming Christmas period.

Away win: Arsenal win at 1.44 with Unibet