If I’m being honest in the way the league’s worked out, they’re not my teams but I’ve got great respect for the way this head-to-head has worked out. I did Manchester United on Wednesday and thought they were awful. Even with the speed and movement upfront, I thought Paul Pogba was poor, Bruno Fernandes had his worst game and looked like he was running on empty.

Then I look at Leicester – and to be fair to them, they probably deserve the top four for what they’ve done this season – but of course, you don’t do it in the early part of the season, you do it now. They do look stretched, really stretched. Everything is geared towards looking at Jamie Vardy, they’re missing James Maddison. United have that cushion, so Leicester have to go for the win, which doesn’t change a lot for Brendan Rodgers, but they’ll want to keep it tight for the first half hour and then see how the land lies.

Manchester United know how to get a result from a game like this, though. I think it’ll be tense and dramatic, but I think they’ll get there, they’ll get a draw.

West Ham securing their survival against Manchester United does change things. I thought they were excellent. David Moyes doesn’t get the credit, because they lost a couple of silly games, but they’ve had some great results since then. They’ve shown great quality and character under Moyes since the restart, I don’t recall them playing badly.

Jack Grealish has not been outstanding for Aston Villa, he’s played his part but it’s been workmanlike rather than footballing genius. It’s been Trezeguet who’s been dragging them through here. When we all started back, I couldn’t see for the life of me how Villa were going to get out of it. I said if they could get to West Ham needing a win to stay up, that would be their route out – and that’s where we are.

Arsenal looked pretty empty on gas against Aston Villa, but there’s some serious risks Watford are taking in sacking Nigel Pearson and throwing Hayden Mullins in at the deep end. Apart from the goalkeeper, Ben Foster, there’s not really anyone in form.

For Arsenal, the league emphasis has gone, it’s about being competitive for the FA Cup final. I think Mikel Arteta will make a couple of changes, but they’ll want to finish the season well. He’s doing a good job, he’s taken over a mess and is making it better. I think they’ll have a response from Tuesday night – Arteta will be telling the players some of them are playing for their futures, others for a place in the FA Cup final line-up.

I think Watford are seriously in danger of going down, but I think Arsenal will win anyway. 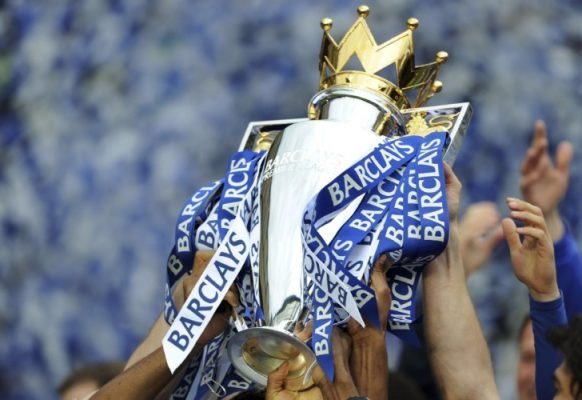 Bournemouth need an incredible amount of luck, they have to go for it – there’s no other way round it. Everton are unpredictable, they can be a soft touch and then you look at them against Aston Villa and they come alive with 10 minutes to go. You look and think, why have you got so many good players and just seem to blow up?

I think this’ll be a cracking game because Bournemouth have to chase it. I just don’t see them doing it, though, I think it’s too late for them, and they will lose goals.

There’s no give or take with Burnley. It’s been a good return for them since the restart and I think they’ll win here. Sean Dyche has had to include some kids in his squads, but I think so long as he has his 14 or 15 first-team players fit he’s happy enough.

The concern for me with Brighton was that they were playing pretty football from the back, but without the personnel to do it. Graham Potter was staying true to his system, and to be fair to them, they’ve got through it. The late goal against Arsenal was a turning point, but the job was done to keep them up a while back and they’ll be delighted the way they’ve seen off relegation.

I have my doubts Chelsea will get the job done. The simple fact is, Chelsea are very good going forward, but oh my goodness – a back three doesn’t help them, and a back four doesn’t help them! It’s quite staggering how poor they are defensively, especially from set-pieces.

Wolves are dangerous, they were my dark horse to get into the Champions League and they kind of blew it. It’s down to themselves, but there’s no doubt there’s some good players there. I think Chelsea will get a draw, but they’ll have to sweat. Wolves are well-drilled at the back, but Chelsea going forward, I think they’ll be able to score.

I watched Crystal Palace against Chelsea and they did nothing until Wilfried Zaha brought them back into the game at 2-1, and then suddenly Zaha scored and they raised their game. If you’re a team that makes few chances, Zaha’s not in good form, Andros Townsend’s been struggling and Christian Benteke doesn’t score, you’re not going to create chances.

Spurs haven’t impressed me at all, but what they’ve done – and this is nothing to do with Jose Mourinho – is ground out results. They got a win against Arsenal and didn’t deserve it, a win against West Ham and I didn’t think they deserved that, they got a win at Newcastle, and I didn’t think they deserved that. But compliments to them, because they did it, and that’s how they’ve got themselves into this good place to qualify for the Europa League.

I can’t see anything other than another defeat for Palace.

Manchester City are Manchester City. They’ll never change the way they play, it’ll always be the same, the formula is there, but Pep Guardiola has chopped and changed his team, but they’ve got Aymeric Laporte back – and scoring goals – and Raheem Sterling and Kevin De Bruyne back too.

I can see this being a painful send-off for Norwich. I can see Manchester City being the exhibitionist this weekend.

I watched Liverpool on Wednesday, Newcastle are probably better defensively than Chelsea though! And I think what we’ll get this weekend from Liverpool is a lot of changes this weekend. I think the boys are probably having a good celebration after lifting the Premier League trophy, and I’m convinced Jurgen Klopp will give some of the kids a game.

Newcastle have had a very good season, and I’ve enjoyed the lack of tension about relegation, but they’ve got too many injuries to be relied upon – I can see an open game of football here though.

A few teams have done well since the restart but Southampton have been right up there. It’s been a stunning display of teamwork, their defence and goals too – Danny Ings has been fantastic, but Nathan Redmond and Stuart Armstrong deserve mentions too. It’s been impressive.