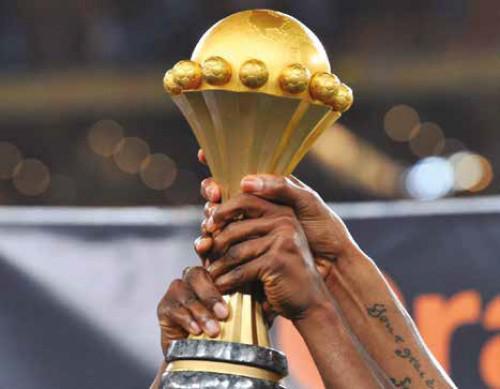 The 2019 Africa Cup of Nations (also referred to as AFCON 2019 or CAN 2019) is scheduled to be the 32nd edition of the Africa Cup of Nations, the biennial international men’s football championship of Africa organized by the Confederation of African Football (CAF) which is the main organizing body behind the AFCON. The tournament is scheduled to be hosted by Egypt. The competition will  be held from 21st June 2019 to 20th July 2019.

After Morocco withdrew their application for being hosts of the 2015 AFCON Edition, CAF banned Morocco national team from entering the 2017 and 2017 AFCON. But however, it was overturned by the Arbitration court of Sports so they were now eligible to enter for the 2017 or 2019 edition.

Here is the 2019 CAF Africa Cup of Nations Schedule which will be hosted by current AFCON Champions Cameroon who gained automatic qualification in September 2014. CAF is yet to announce the host cities for the AFCON in Cameroon as they’re still processing the stadiums.

The following teams qualified for the tournament. The Indomitable Lions Cameroon out powered the Egyptians in the final of the 2017 AFCON  to claim their fifth AFCON title and both teams are playing it once again.

Tournament favourites Egypt are the hosts this time of the tournament. They reached the finals last time only to lose to Cameroon. However, with Salah in the form he is right now, will be expected to help carry Egypt over the line this time. Being the hosts nation, they can be expected to get the home support they need to win the AFCON.

As mentioned before, the tournament will played from 21st June, 2019 to 20th July, 2019. The first few weeks will be for the group stages. There are six groups, with four teams in each group. The qualifiers will play in the knockout stages and try to reach the finals in July.

The final is expected to be played at 21:00 hours on the 20th of July in the Cairo International stadium.

The AFCON is one of the most exciting international tournaments played. The standard is high as many players who play in this competition play in Europe in various leagues, The players from Italy, England, Germany and Spain’s top leagues will participate in this AFCON 2019.

So who all do we know?

He played for Borussia Dortmund in Germany and currently plays for Arsenal in England. He is an attacking forward who is known for his pace and goal scoring exploits. He plays for Gabon and will want to impress in his national team after winning the Golden Boot for the Premier League earlier this season.

He is a star player for the Reds and also won the Golden Boot award in the Premier League along with Pierre-Emerick Aubameyang.  He was crucial for the Reds this season. He scored important goals and was a potent threat for Liverpool from the wings throughout the season. He won the final in the Champions League final last month which saw the Reds go on to win the match.

He will want to help his national team now win the AFCON as well.

The biggest star of the AFCON, Salah will have no dearth of fan following this season. The tournament is being played in Egypt and Salah will have all the support to help his team to the AFCON trophy. Egypt fell short in the final last time in 2017 and they will want to correct their last step this time.