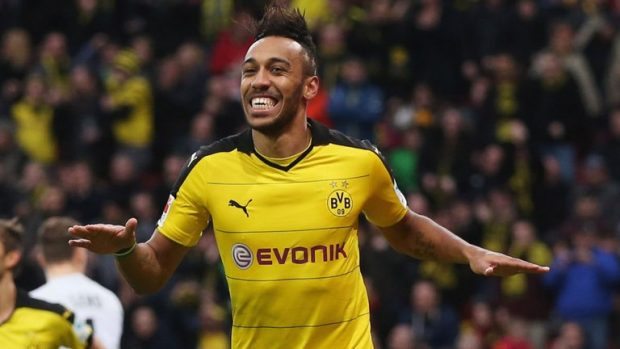 The 27-year-old was in fantastic form in Germany last term, scoring 39 goals in 49 appearances in all competitions which led to interest being shown from a range of top European clubs.

Aubameyang himself has hinted at a move to Spain in the past, but Arsenal were on of the main teams showing keen interest in him last winter.

He has recently been linked with a big money move to Spanish giants Real Madrid, but Spanish publication El Confidencial state that Arsene Wenger and the Gunners hierarchy went over to Dortmund with a club-record £52m offer for the superstar last January.

If the deal did go ahead, then it would have smashed Arsenal’s previous record for a transfer fee, when the Gunners signed Germany international Mesut Ozil for £42m back in the summer of 2013.

It is believed that Aubameyang, a Gabon international, could switch to the Emirates next summer but Dortmund want at least £65m for their star striker.

Arsenal have looked like they need already made stars for a couple of seasons, but they only signed Lucas Perez in the summer transfer window and now Wenger has favoured the option of moving Alexis Sanchez into a centre forward position.