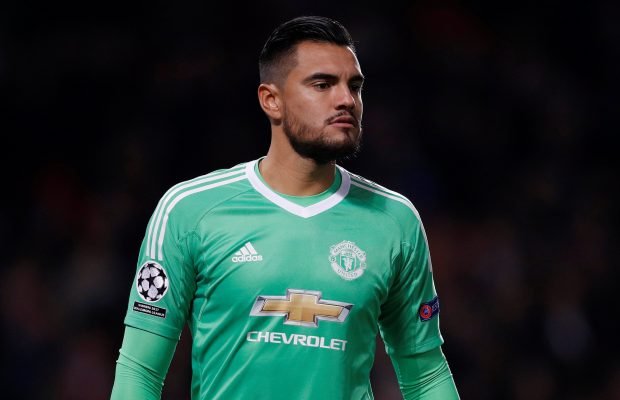 Arsenal are the favourites to sign Manchester United’s second choice goalkeeper Sergio Romero in January, as per the lastest odds on British bookmaker Ladbrokes.

It would be a shock move, but with the formidable form of David de Gea in the United goal, it looks as if Argentine number one Romero could seek a move in search of more first team football.

Arsenal have a top ‘keeper themselves in Petr Cech, but the 35 year-old won’t be around forever so it makes sense that they would be looking for alternatives to the former Chelsea man.

Romero may not quite be what Gunners fans had in mind, but he could provide at the least a useful back-up option. He has proved himself more than capable of playing at the top level as well.

The 30 year-old kept goal for United in their successful Europa League campaign last season, and has 93 caps for Argentina, playing in a World Cup finals and three Copa America finals in recent years.

Romero renewed his contract at Old Trafford until 2021 last summer, but would probably not command a huge transfer fee. Should he choose to leave, there are many other teams where he could probably hold down a first team position.

He wouldn’t be the first player to join Arsenal from the Red Devils, with Danny Welbeck and Mikael Silvestre making the same move in recent years.

Could Romero make a shock move to the Emirates in new year? Read our list of Arsenal’s top 5 targets for the new year transfer window here.

Read more about Arsenal, Manchester United and the Premier League