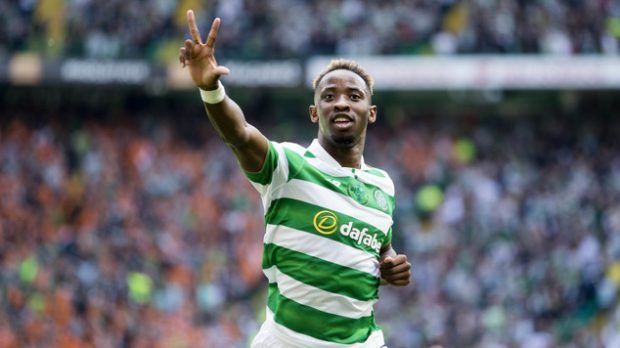 Arsenal have become the latest club to join the race for £40m-rated striker Moussa Dembele.

Dembele has been firing so far this season for Brendan Rodgers’ side, and they sit 27 points clear at the top.

Chelsea and Manchester City have also been alerted by the France Under-21 star’s stunning form this season, including a hat-trick in Celtic’s 6-0 Scottish Cup win over Inverness yesterday.

Those two clubs have registered their interest in the striker, and Arsenal complete a trio of top Premier League clubs chasing his signature.