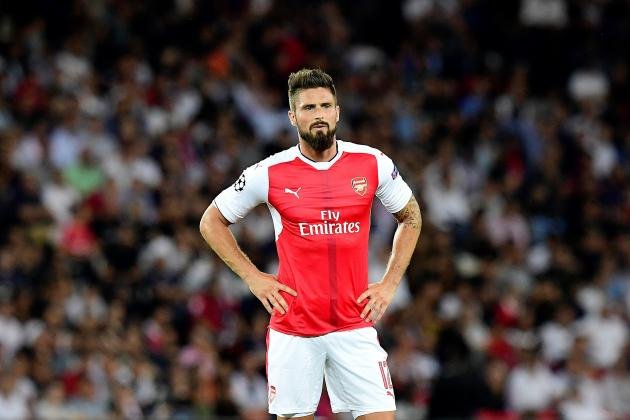 Could they head out of the exit door?

Arsenal stars Laurent Koscielny and Olivier Giroud are being eyed by Marseille for an £85million double buy.

The Ligue 1 side have recently been taken over by American billionaire Frank McCourt, and he wants to make a statement with his spending this summer.

They signed a couple of strong players in January, including Dimitri Payet and Patrice Evra.

Giroud has been in and out of the team this season with many Arsenal fans split over his true ability.

But Koscielny would be a huge loss for the Gunners.

The French international, 31, has been Arsene Wenger’s most consistent defender over the last few seasons and has become a solid stand-in captain in the absence of Per Mertesacker, who has had a long-term injury.

Marseille are also looking at Spurs flop Moussa Sissoko, as they look to challenge for the Ligue 1 title next season.