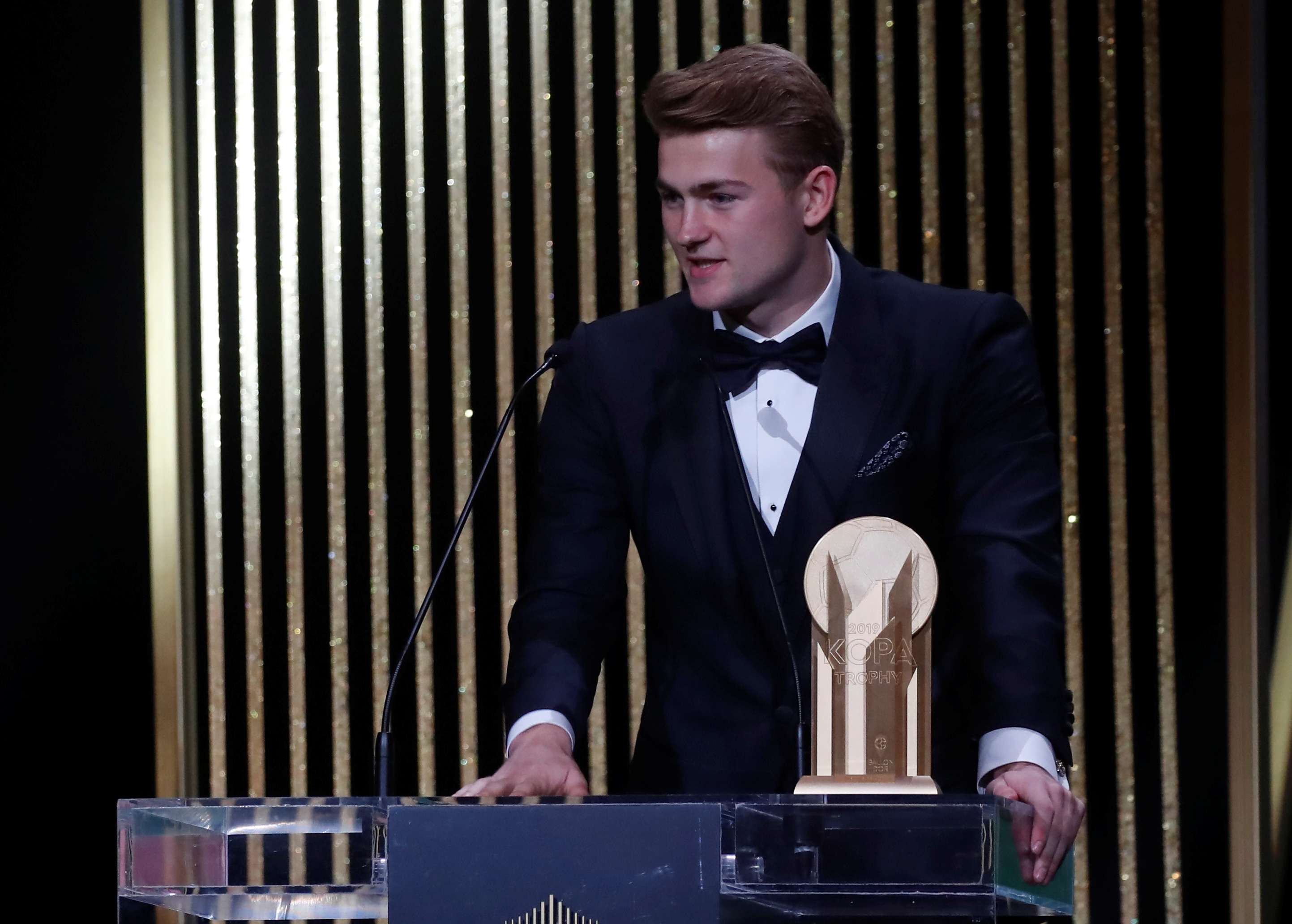 The youngster moved from Ajax to Juventus in summer.

Now he got crowned for his performances in the Netherlands.

Matthijs de Ligt has been named the winner of the 2019 Kopa Trophy at this year’s Ballon d’Or ceremony. Awarded to the best player in the world under the age of 21, De Ligt collected the prize at the Theatre du Chatelet, Paris, as part of France Football’s annual ceremony

De Ligt has enjoyed a spectacular year, captaining Ajax through a remarkable 2018-19 that saw them win the KNVB Cup and Eredivisie. He also played an integral role in the club’s run to the Champions League semi-finals, defeating Real Madrid and Juventus, before coming unstuck against Tottenham.

The Dutchman was then in brilliant form for his country at the UEFA Nations League, solidifying himself as one of the world’s best defenders despite losing the final to Portugal. And his performances attracted the interest of Europe’s top clubs with Manchester United, Liverpool and Manchester City all reportedly chasing his signature.

But it was Juventus who eventually secured his services for €75 million. The 20-year-old has already wracked up 15 appearances for the Old Lady despite competition from Giorgio Chiellini and Leonardo Bonucci – and now has the Kopa Trophy to show for it.

The full list of nominees went as followed: Matthijs de Ligt, Samuel Chukwueze, Joao Felix, Matteo Guendouzi, Kai Havertz, Vinicius Junior, Moise Kean, Lee Kang-in, Andriy Luni and Jadon Sancho. This is just the second time that the award has been given; Kylian Mbappe of Paris Saint-Germain won the inaugural prize and was ineligible for the 2019 trophy as a consequence.