Footballers With The Best Shooting Accuracy In The Premier League

Top 10 Players With Best Shot Accuracy in the Premier League 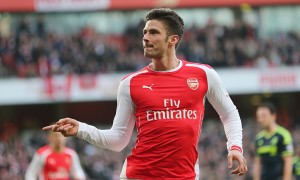 Starting the list is Arsenal and France striker Olivier Giroud. The striker has been in superb form for The Gunners so far this season, especially in recent weeks and his 55% shot accuracy secures him 10th spot on our list.

The Arsenal man has had 58 shots this season and has a 55% shot accuracy.