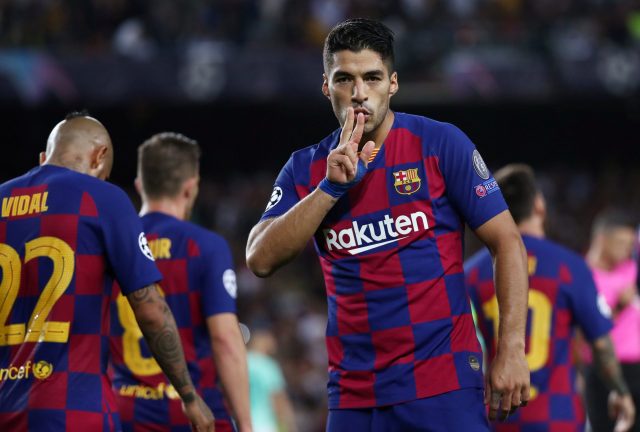 According to Guillem Balagu, Juventus have found an agreement to sign Luis Suarez from Barcelona.

Both clubs figured out a way to transfer the player without upsetting the financial charts.

Suarez will receive a payoff of one year’s worth of salaries when his contract was originally set to run until 2021. If he were to play 60% of next season’s games, he would have triggered a year-long extension but all parties have agreed to sacrifice that.

Barcelona want to revamp their ageing lineup and they want to do so right from the front. We are all aware of the soap opera that is currently going on surrounding Lionel Messi. While Barca seem firm on keep the world’s best player, they are ready to shift other pieces out.

Suarez has been a grand success since his £90 million switch from Liverpool in 2014. He has won 4 La Liga titles, 4 Copa del Reys, 2 Spanish Super Cups and the Champions League in 2015. He has won the European Golden Shoe twice and also been named in the UEFA Team of the Season equal number of times.

Suarez has left an indelible mark on this Barcelona side and a rather huge shoes for his predecessor to fill out. At Juventus, he will pair up with another attacking maestro in Cristiano Ronaldo and likely replace Gonzalo Higuain at the number nine role.