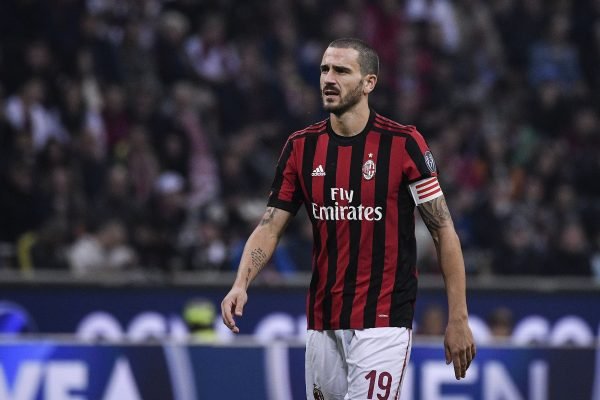 Chelsea have been made the bookies’ favourites to sign AC Milan defender Leonardo Bonucci ahead of the January transfer window, as per reports in the Daily Star today.

The Blues are at 2/1 to sign the Italian international in the new year, just ahead of Premier League rivals Manchester City at 3/1 and Manchester United at 6/1.

Bonucci shocked the footballing world when he left Juventus for the San Siro in the summer, but with the Rossoneri languishing in mid-table and a Champions League place already looking beyond them, he could look for an early exit.

Stamford Bridge would be the ideal location for the 30 year-old. Antonio Conte knows Bonucci well, the pair won three Serie A titles together at Juventus and also linked up with the Italian national team.

The Blues reportedly tried to sign him in the summer, but owner Roman Abramovich wanted a younger option and they opted for Antonio Rudiger from Roma instead.

However, with David Luiz likely to be leaving after his high-profile rift with the Chelsea manager, they will be in the market for a centre-back in the near future.

Bonucci’s experience makes him a prime candidate to replace the Brazilian, and his relationship with Conte could give the edge in the race for his signature. He would also be available to play in the Champions League, which is a bonus.