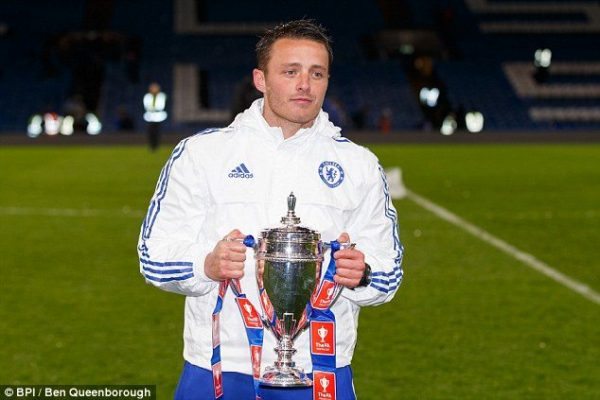 It has now been confirmed Chelsea academy midfielder Kyle Scott has officially handed in a transfer request.

This all come about when Scott and The Blues failed to come to any agreement , thus falling out with the club over a new contract.

The highly-rated USA youth international was recently dropped from the squad after a row with Under-18 coach Joe Edwards, missing out on any game time with the side that beat Manchester City to win the FA Youth Cup again on Wednesday night .

It is also believed Scott’s father, who also serves as his full time agent, was very dissatisfied with his sons contract signed in February, and had asked for a better deal.