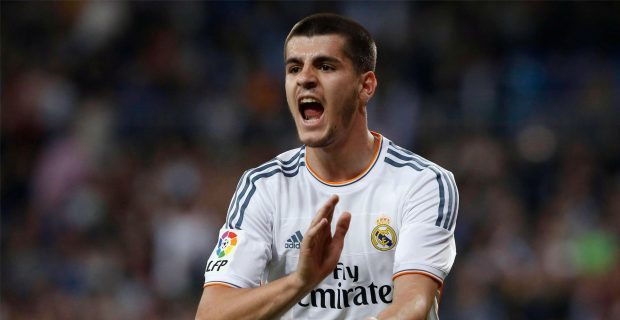 In the news today it’s being reported that Alvaro Morata’s summer move to Chelsea is almost agreed.

The speculation is derived from reports from Spanish outlet Diario Gol who claim an agreement to sell Morata to Chelsea is practically done.

They also say the Spain international’s girlfriend has been travelling over to London in search of a new house for the last few months.

Morata has been struggling to get game time under Zinedine Zidane this campaign, so naturally he is linked with a move away.

However, Despite just 12 La Liga games, Morata has has still netted 18 goals in all competitions.

Having said that, there is no confirmation of even a deal on the table let alone one being nearly complete.

Conte has stated he’s not made any offers or looking at that right now.

Also cannot actually confirm that his girlfriend has been shopping for houses at all.

Mainstream media has no proof and their source is Diario Gol.

Also Check out these.

Chelsea to bring back former player! It’s not Drogba or Lampard!