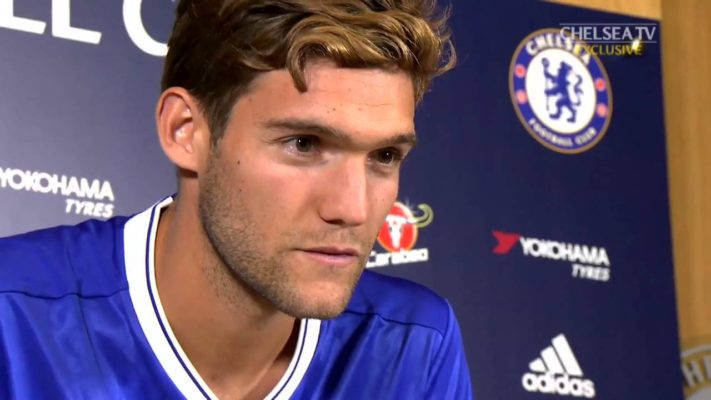 Chelsea left-back Marcos Alonso believes his side will be hard to stop in their current form if Antonio Conte’s men can keep it up for the rest of the campaign.

While the Blues boss is reluctant to talk about Chelsea’s Premier League title chances, following a fine start the campaign, the Spaniard believes his side are becoming a growing force.

The Blues endured a minor blip, after defeats to Liverpool and Arsenal in September, but have recovered to go a point clear of the Reds at the top of the table.

Strikes from Victor Moses and Pedro cancelled out Spurs’ early goal through Christian Eriksen to win 2-1 at Stamford Bridge on Saturday night, and Alonso is feeling confident about the remaining two thirds of the campaign.

“We’ve got to go game by game and we will see at the end of the season.” said Alonso, who arrived from Serie A side Fiorentina for £23 million on transfer deadline day.

“But if we’re still playing this way, with this passion, with this energy, it’s going to be tough to beat us.”

The left-back has been a regular in the Blues starting XI since Conte switched to a 3-4-3 formation last month, and has also contributed with a goal and an assist so far this campaign.

But while Conte is refusing to get carried away about what Chelsea can achieve this campaign, he will undoubtedly be pleased with the start he has made to life in England.