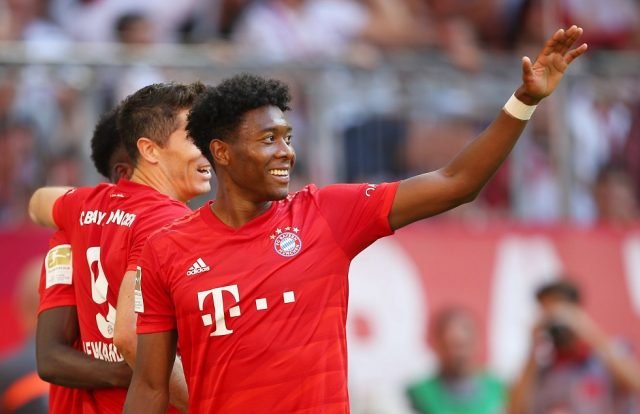 David Alaba revealed that Real Madrid was on the top his list.

Bayern Munich and Alaba parted ways after the 2020/21 season.

Real got to sign the Austrian on a free transfer after his Bayern contract ended. He said, “I didn’t consider many clubs, but Real Madrid was the first on my list. Like Bayern Munich, it’s one of the biggest clubs in the world with a special history and tradition.

“There have been so many great players in the history of Real Madrid and so many great victories and titles. I want to join them and continue this success story with the club and the fans.”

Alaba’s addition is seen as a huge coup for The Galacticos. They just signed one of the world’s best defenders with immense top-tier experience under his belt. Alaba reeks of versatility and intelligence, two traits that will come in handy for whoever takes charge of Real next.

Alaba is likely to return to his more familiar left-back role at Madrid. He played the past two campaigns mostly as a centre-back to better accomodate the speedy Alphonso Davies in Bayern. Here, he will easily win a starting role over Ferland Mendy and Marcelo.