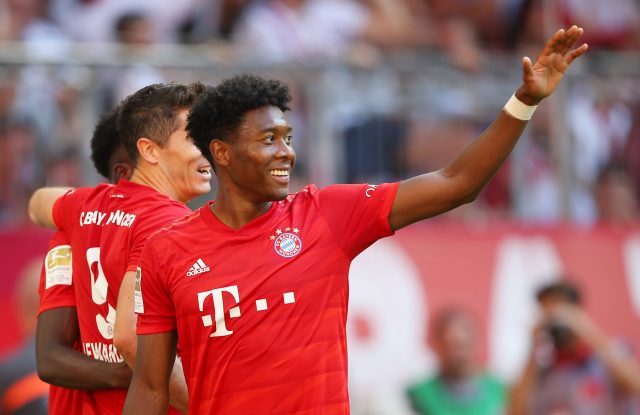 Christian Falk of German publication, BILD understands that a secret meeting on Friday was held between two parties.

An offer of €11m-a-year was made with bonuses of up to €6m for the next five years. Seeing how Alaba is in the final year of his contract, it would be crucial to tie him down to a new deal right now. Otherwise, he will be free to discuss pre-contractual terms with other teams in January.

Alaba has reportedly turned down the offer since he wishes to become one of the club’s highest earners. He believes he deserves to be on the same level of pay as Robert Lewandowski and Manuel Neuer after over a decade of service to the club.

The 28-year-old has made nearly 400 appearances for Bayern Munich, winning several honours over the years. Hansi Flick has utilized him more as a centre-back to accommodate Alphonso Davies at left-back.

Not only has Alaba adapted well, he now forms a crucial part of the team’s attacking structure. Losing him would be hugely detrimental to the club’s immediate future. The Austrian is one of the best players in his position and is wanted by several clubs in Europe.

READ MORE: How Much Do FC Bayern Munich Players Make In 2020?