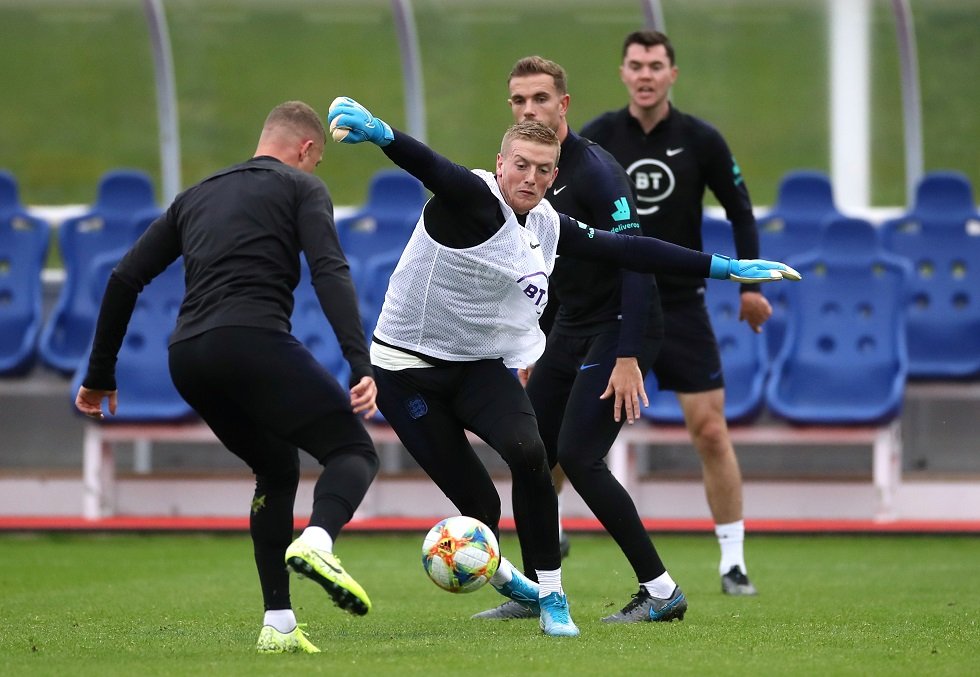 England are only a win away from confirming their place in the Euro Cup 2020 so, that would make this fixture highly important. Gareth Southgate’s men are currently three points clear of Czech Republic at the top of group A – having maintained a 100% record so far. A win over them on Friday will ensure clear qualification but Czech Republic could be in trouble with only two games remaining. Group tiebreakers are settled according to head-to-head results which would make England uncatchable.

The last time these two sides met was at Wembley in the group opener in March. England won the tie 5-0 with Raheem Sterling scoring a hat-trick. Jaroslav Silhavy’s men have managed a comeback, winning 3 out of the last 4 played and only losing to Kosovo. They will be looking to stir up some excitement in foreign turf but England are still the clear favourites.

The Friday fixture will only be the fourth ever game between England and Czech Republic, with the Three Lions winning two and drawing the other.

Watch & bet on games via live streaming online on the internet? Unibet and bet365 offer stream och bets on the best European football matches from many different leagues via live streaming. We will give you all info about stream, betting, tv and team news for England vs Czech Republic online!. Watch & bet!

England vs Czech Republic odds winner – (1 x 2) – who will win according to the odds?

England vs Czech Republic will be played at Sinobo Stadium on Friday, 11 October

The last time both these sides faced was back in March at Wembley stadium. England won the match 5-0 thanks to a hat-trick from Raheem Sterling, Harry Kane drilling in a penalty and an own goal off of Tomas Kalas. Tonight’s game is a highly anticipated one

This current crop of footballers England have now could well be the country’s new golden generation and can do even more damage than the earlier golden generation who had the likes of Beckham, Rooney, Gerrard, Lampard, Terry, Ferdinand, Neville and Owen.

Czech Republic have bounced back after the opening day defeat and their only other rival other than the Three Lions are Kosovo. This group have now made Czech Republic a top team in world football again.

So who will win tonight’s clash at Sinobo, England or Czech Republic?

Czech Republic manager, Jaroslav Silhavy has no injury issues to worry about and will likely keep with the same XI that started the win over Montenegro in the previous international break.

England, on the other hand, will be without Fabian Delph due to a hamstring injury. Dele Alli, Jesse Lingard or Alex Oxlade-Chamberlain have missed out on the 25-man squad. Gareth Southgate will also have to make up his mind about the centre-back positions. While Michael Keane and Joe Gomez have manned the position next to regular, Harry Maguire before, they have not impressed enough recently to justify a start.

Chelsea’s Fikayo Tomori has along with Aston Villa’s Tyrone Mings. Maybe we can see either next to the Manchester United man on Friday.

Who will win Czech Republic vs England? If you are looking to bet on this game, then there are several markets which are interesting. For example, a win for England has odds of 2.53 since they are the favourites.

What’s the best odds on a Czech Republic win and how high are the odds that there will be over 2.5 goals? Here we give you all the info.

If you think about put a bet on Czech Republic or England, there are several good promotions. Especially Unibet and bet365! Combine the best betting offers from Unibet and bet365 to get the most from your betting.

This is the H2H – head-to-head stats between Czech Republic and England.

Tonight’s match is the 4th meeting between the two sides. In the past 3 meetings, England won 2 matches while Czech Republic also won 0 matches. The remaining 1 games ended in a draw.

Here we will give you an answer on the most frequently asked question about Czech Republic vs England.