It’s a mission accomplished by France, who take the points as the nation is uplifted by Payet, by far their best player on the night and the scorer of a superb winning wondergoal. what a nice start for the hosts , There is, however plenty of improvement needed if they want a win here on July 10.

It may have taken a late winner from Dimitri Payet to take the victory for the hosts, but on the balance of play it’s a well earned win for the France.

Romania defended well throughout and had plenty of chances outside that converted penalty kick, but they can take positives from the game heading forward into the next game.

France, However, were not at their best standard, but they are top of the group and already in a good position to progress into the last 16.

(In order of goals scored)

France made the breakthrough in the 58th min with Olivier Giroud proving his critics wrong as he out jumps the Romania keeper to nod home the opening goal of Euro 2016.

Romania equalise in the 65th min after Patrice Evra clumsy tripped by Stanciu inside the box and Bogdan Stancu stepped up to convert past Hugo Lloris from the penalty . Third time lucky for the forward having missed two very sitters throughout the match. 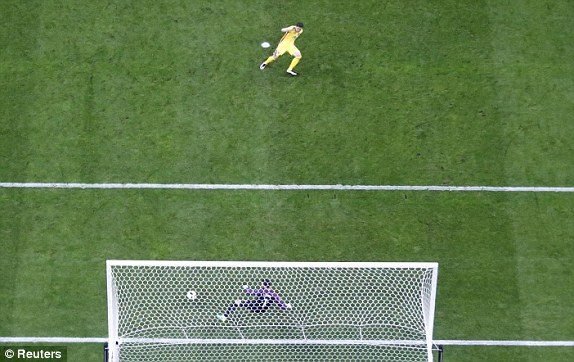 Dimitri Payet wins it in the 89th min after taking a touch to the left and cracking it across goal from 20-yards into the top corner.

Tatarusanu should have done much better with France’s first goal, but he had no chance with this one. What a strike! That will be among the goals of the tournament no doubt. 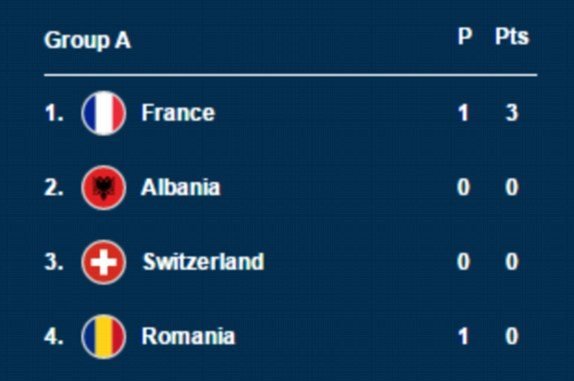