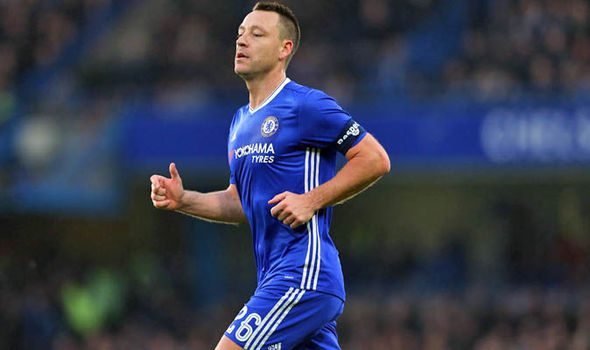 Chelsea ace John Terry has reportedly snubbed offers from two other Premier League clubs to reaffirm his commitment to the Blues.

According to The Express, Terry has attracted the attentions of Bournemouth manager Eddie Howe.

Terry, 36, is seemingly uninterested in a move away from Stamford Bridge, with his contract up at the end of the season.

Swansea are also thought to be keen on the former England skipper.

A source close to Terry told The Sun: “John is concentrating solely on being available when required by Chelsea for the rest of this season.

“He is not entertaining ideas with clubs abroad either. It’s about taking it week to week at Chelsea to concentrate on trophies as a player.”

Terry has featured in just eight matches this season, and is also being strongly linked with a move to China.

Another option could be a coaching role at Chelsea after his contract expires. Antonio Conte’s number two Steve Holland is leaving to become assistant to England boss Gareth Southgate in the summer.