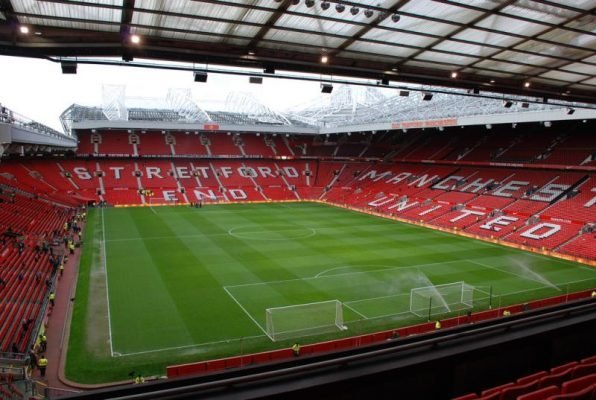 Who has been/will be a victim of Jose Mourinho’s Old Trafford clear out?

A Scottish youth international, born in Rochdale, Donald Love was tipped to be a future first teamer at Old Trafford.

Despite impressing at centre-back for United’s reserves, it would be the right-back position where Love would make his impact.

The 21-year-old had a solid loan spell at Wigan Athletic, before making his Red Devils debut away at Sunderland in the same season.

In an ironic turn of events, ex-United boss David Moyes would make Love his first permanent Sunderland signing this summer.

Nick Powell was signed from Crewe Alexandra as a player who had massive potential, and he still does.

Sir Alex Ferguson tipped Powell to be United’s replacement for Paul Scholes, but that never happened.

Problems off the field meant that the 22-year-old was loaned out to Wigan Athletic, Leicester City and Hull City, before being released earlier this summer.

Powell was recently given the opportunity to revive his career and showcase his talents, after former club Wigan signed him permanently.

Paddy McNair was given his Manchester United debut by Louis van Gaal during a defensive injury crisis.

The Northern Ireland international was another player tipped to have a big future at the club, until van Gaal dragged him off at half-time in a game away to Southampton.

Since then, McNair has joined Love through the exit door, as the pair recently signed for Sunderland on the same day.

Cameron Borthwick-Jackson was another academy product who was given his first team debut by Louis van Gaal.

The 19-year-old left-back had a few decent games for United, but hasn’t featured whatsoever since the arrival of Jose Mourinho.

This is largely down to the fact that Luke Shaw has returned from his long-term injury and Daley Blind can also cover that position.

He could be joined through the exit door by fellow left-back Marcos Rojo, who is another defender to be exiled in Manchester.

We’re beginning to sound like a broken record here, but Guillermo Varela was another player who broke through under van Gaal.

The Uruguay international pretty much secured the right-back berth as his own last season, but was loaned out to Eintracht Frankfurt earlier this summer.

The re-emergence of Antonio Valencia at right-back has been one of the notable decisions made by Mourinho since his arrival.

James Wilson is another striker who was tipped for a big future at Old Trafford, and there is every chance he could still have that future.

A very talented player in his own right, Wilson was given his first team debut by then interim manager Ryan Giggs.

He repaid the Welshman’s faith by scoring two goals, but since that impact he has been the subject of loan deals.

The 20-year-old spent last season on loan at Brighton and Hove Albion, and he has just joined Derby County, another Championship club, for a second season-long spell.

Victor Valdes’ time as a Manchester United player was very messy to say the least.

He didn’t get on with Louis van Gaal from day one and was forced to play in the reserves behind the likes of Sergio Romero and Sam Johnstone.

The Spaniard finally got out of Old Trafford this summer when Mourinho and co. let him join newly promoted Premier League club Middlesbrough.

Andreas Pereira is a talented attacking midfielder who has a rocket of a right foot.

The Belgium-born Brazilian is also a player that Jose Mourinho really rates, but there isn’t any room for him at the moment.

Even though he is close to joining La Liga side Granada on a season-long loan, Pereira, 20, could still have his chance of first team football at United.

Adnan Januzaj burst on to the scene at Manchester United and was dubbed the next big thing.

However, since his early electrifying performances, the Belgium international hasn’t known whether he’s coming or going.

Last season, he was sent to Borussia Dortmund on a season-long loan, before he was recalled just six months into his deal during the January transfer window.

And this summer he was told by Jose Mourinho that he had a future in Manchester, before being loaned out to Sunderland. Poor Adnan.

Possibly the highest profile player of those who have been exiled by Mourinho, Bastian Schweinsteiger has been open about leaving Manchester United.

The former Bayern Munich playmaker has insisted United will be the last European club he plays for, which suggests his next club could be in America or China.