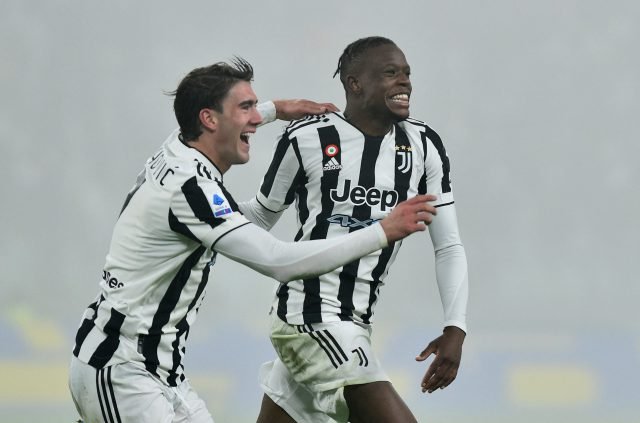 Our Juventus vs Fiorentina Betting Tips And Predictions

We expect a Juventus win at 1.85 with Unibet. Below you can read the reasons for our Juventus vs Fiorentina betting tips prediction.

We expect Dusan Vlahovic to score first at 4.75 with Unibet.

Here are a few Juventus vs Fiorentina free bets and special offers from the betting companies:

The Juventus squad are the favourites to win this tie 1.85 with Unibet, with Fiorentina priced at 4.20 with Unibet to come away losers in this domestic tie.

Given their performances last season, it’s not hard to see why Juventus are the price they are. They have performed well in the Champions League but were knocked out and managed to hold the position in Serie A top-four. Even with a rotated squad, they are tipped to get through at 1.85 with Unibet.

Fiorentina won the first leg and will be aiming for some surprise on Wednesday. They could not really challenge Juventus’s resolute setup. They could still win here at 4.20 with Unibet.

Speaking of quality, this will be an opportunity for new signing Dusan Vlahovic to restart his excellent scoring run which is why he has been handed odds of 4.75 with Unibet to score the first goal.

The Old Lady is currently struggling in the domestic competition with taking the 4th spot. AC Milan are 8 points ahead of Juventus. They would eye a silverware with Copa Italia.

Fiorentina are sitting at 6th in Serie A 2021/22. They remained unbeaten in their last five.

Ahead of Wednesday’s clash between Juventus and Fiorentina, we look at the matches the two teams have recently played.

Tonight’s match is the 39th meeting between Juventus and Fiorentina. The Old Lady have won 21 games and Fiorentina managed to win five. Meanwhile, 12 games ended in a draw.

Arthur might be back after missing out Saturday’s draw with Bologna due to an ankle sprain.

Manuel Locatelli and Weston McKennie will remain out of action due to injury.

Fiorentina have rotated Arthur Cabral and Krzysztof Piatek as the focal point of their three-man attacking unit, and the pair will fight it out again for selection from the start.

Lucas Martinez Quarta is available after serving a suspension in the first leg.

Is Allegri’s Long-Term Future at Juventus in Doubt?