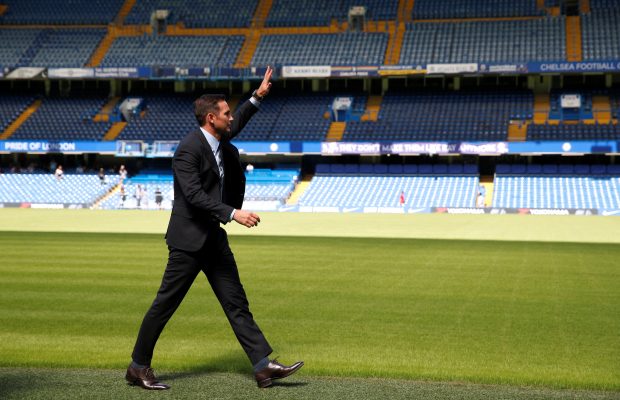 New Chelsea boss Frank Lampard has given a clear picture of the in house project he wishes to build at Stamford Bridge.

“I want players at this club who are not passing through, not here as a means to another move,” he tells Sky Sports News. “The fans relate to passion, work ethic, players that love the badge.”

“There’s two things, there’s the football side which I’m completely involved in – and then making sure the contract is signed, which I’m not,” says Lampard.

“So to say I’m confident would mean I know every side, I don’t, I leave that to the club. What I do know is that the club want Callum to sign.

“Callum knows how I feel, I’ve spoken to him. I think he can be absolutely central to this team.

“We all care for the players at this club, particularly the young players – it’s important I show that. Then the decision will be his and the club’s together.”

“The most experienced players have to help the young players coming in,” he said earlier this week. “Our role is to make them feel comfortable, to let them express the quality that they have shown in the youth system.

“I am convinced this is the way to move forward.”