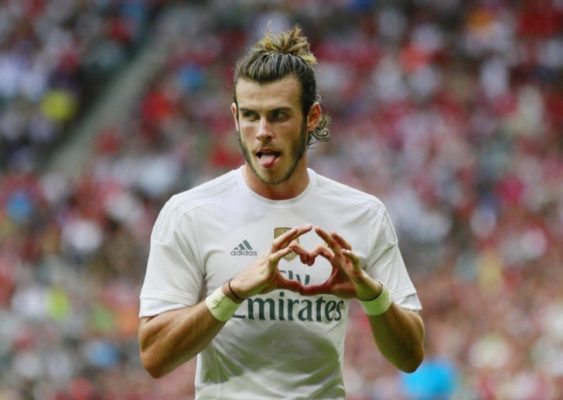 Real Madrid’s Welsh ace Gareth Bale has revealed that he wants his former club Tottenham Hotspur to win the Premier League, over Leicester City, who he described as a ‘fairytale club.’

Spurs are now the only club who can deny the Foxes the most unlikely of title victories, after Arsenal were held by Sunderland at the weekend.

Wing wizard Bale, who signed for Real from Spurs in 2013, is currently with his club team-mates preparing for the Champions League Semi-Final First Leg tie away to Manchester City.

And he revealed to The Times: “It’s obviously a fairytale from Leicester. Everybody looks at the table last season and they were 20th. Now they’re top. But obviously I’d love to see Tottenham win it,”

“When I left I always wanted to leave on a good note, and I always wanted them to keep progressing, keep doing well. They understood the reasons why I wanted to come here to challenge for the Champions League, and win it like I have. I watch them every week. They’re doing really well.”

Bale added that he would love to line up against his former club, with another ex-Spur in Luka Modric in the Champions League.

He said: “It would be an amazing story if we drew them in the Champions League,” Bale continued. “It would be great to go back to White Hart Lane, me and Luka.”