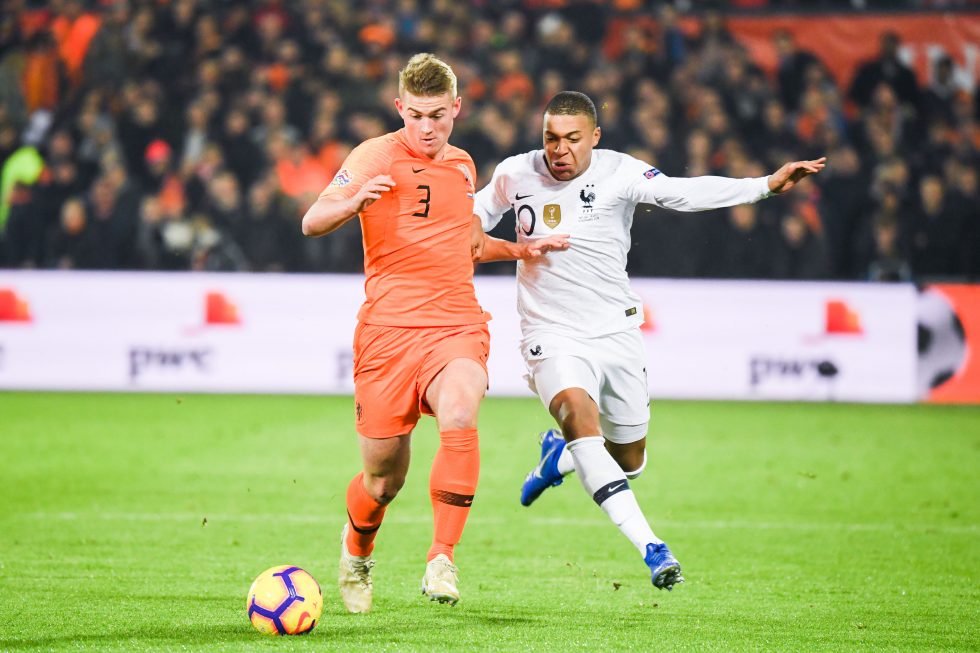 Ajax starlet Matthijs de Ligt is currently one of the hottest young properties in Europe with a number of top clubs chasing the Dutch prodigy ahead of the January transfer window. In an interview with Tuttosport, his father has revealed that Juventus is a possible destination for his son but a number of other clubs are also interested in signing him.

His father said, “Juventus may be a possibility, but they are not the only team interested in Matthijs. Right now, we are focused on the season with Ajax.”

“Turin is a beautiful city, I visited it when the Netherlands played against Italy in June. In the next few months, my son, Raiola and I will make the best decision for his future,” he stated.
Juventus are currently the league leaders in the Serie A and Allegri’s side has a very good defensive record, having conceded only 8 goals in 16 games. However, the manager might be interested in bolstering his backline with some young blood in January or next summer.
Leonardo Bonucci and Giorgio Chiellini are reaching the twilight of their illustrious and distinguished careers while this season might as well prove to be the swansong of Andrea Barzagli. Considering the hype surrounding de Ligt at the moment, Juventus might have to stump up a huge amount to secure his signature.
See also:- Eddie Howe Insists Callum Wilson Is Here To Stay At Bournemouth